You Can Kill Me. I will Never Hurt You. 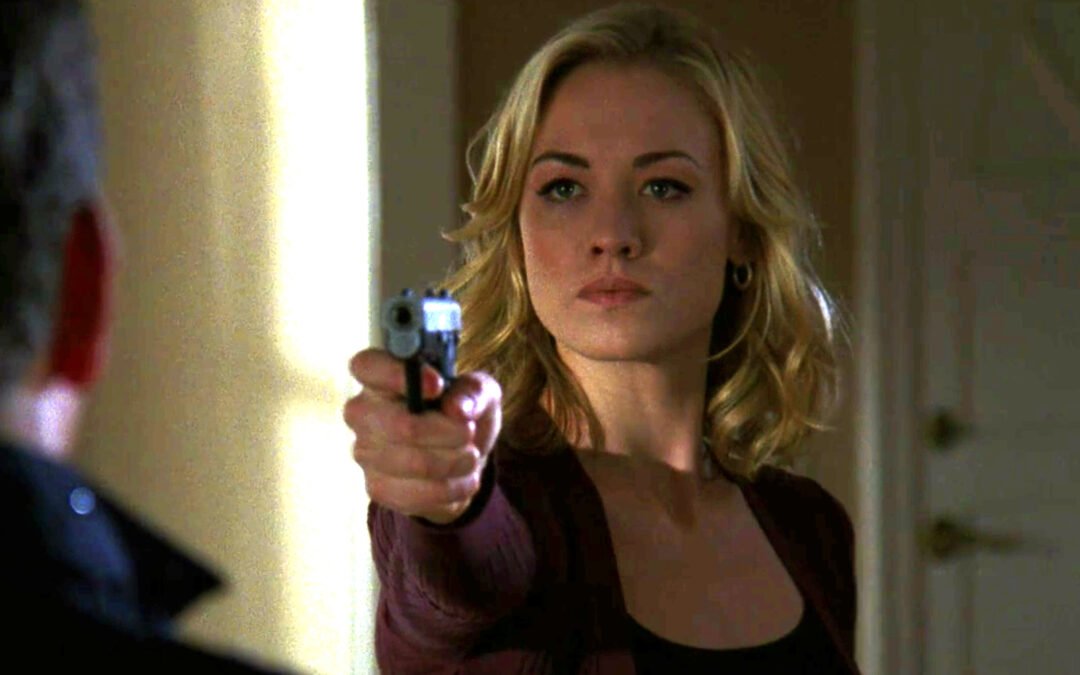 Some viewers think season-3 Sarah distances herself from Chuck because he is becoming a spy and she can’t trust him. Should ruthless spy Chuck betray her and pull a gun on her, her feelings for him would prevent her from defending herself. So, she preemptively pulls back from Chuck after 3.02 Three Words for self-preservation.

Now, this scenario never materializes in season 3 (one of the reasons I think it’s the wrong interpretation), but what is interesting is that, at the end of season 5, the very opposite scenario takes place. Sarah first beats up Chuck to a pulp while he doesn’t even try to defend himself because he doesn’t want to hurt her, then she pulls a gun on him and is about to kill him. Again, instead of trying to defend himself, Chuck shows his absolute and self-sacrificial love for her by saying, “You can kill me. I will never hurt you.”

In this scenario, Sarah has been reverted to her ruthless, trained assassin self and is about to kill Chuck. The point here is that Chuck loves Sarah so much that he doesn’t even want to defend himself. It’s not that he wants to but can’t. He just doesn’t want to. He’s so focused on Sarah’s welfare that he doesn’t care about his own. That is absolute, selfless, and self-sacrificial love.

On the other hand, if Sarah preemptively pulls back from Chuck in season 3 only because he’s becoming a spy and this might put her heart or life in danger, then she’s being less loving than Chuck because she’s focused on her own welfare, not Chuck’s.

If this were so, she would be selfish rather than selfless, and for fear of something that might happen (and does not even happen), and her selfish choice takes place in the very season that puts her together with Chuck, thus making her less worthy of being with him than she ever is in any other season of the show.

And that simply is not the Sarah Walker we know and love.