What’s up with Sham? 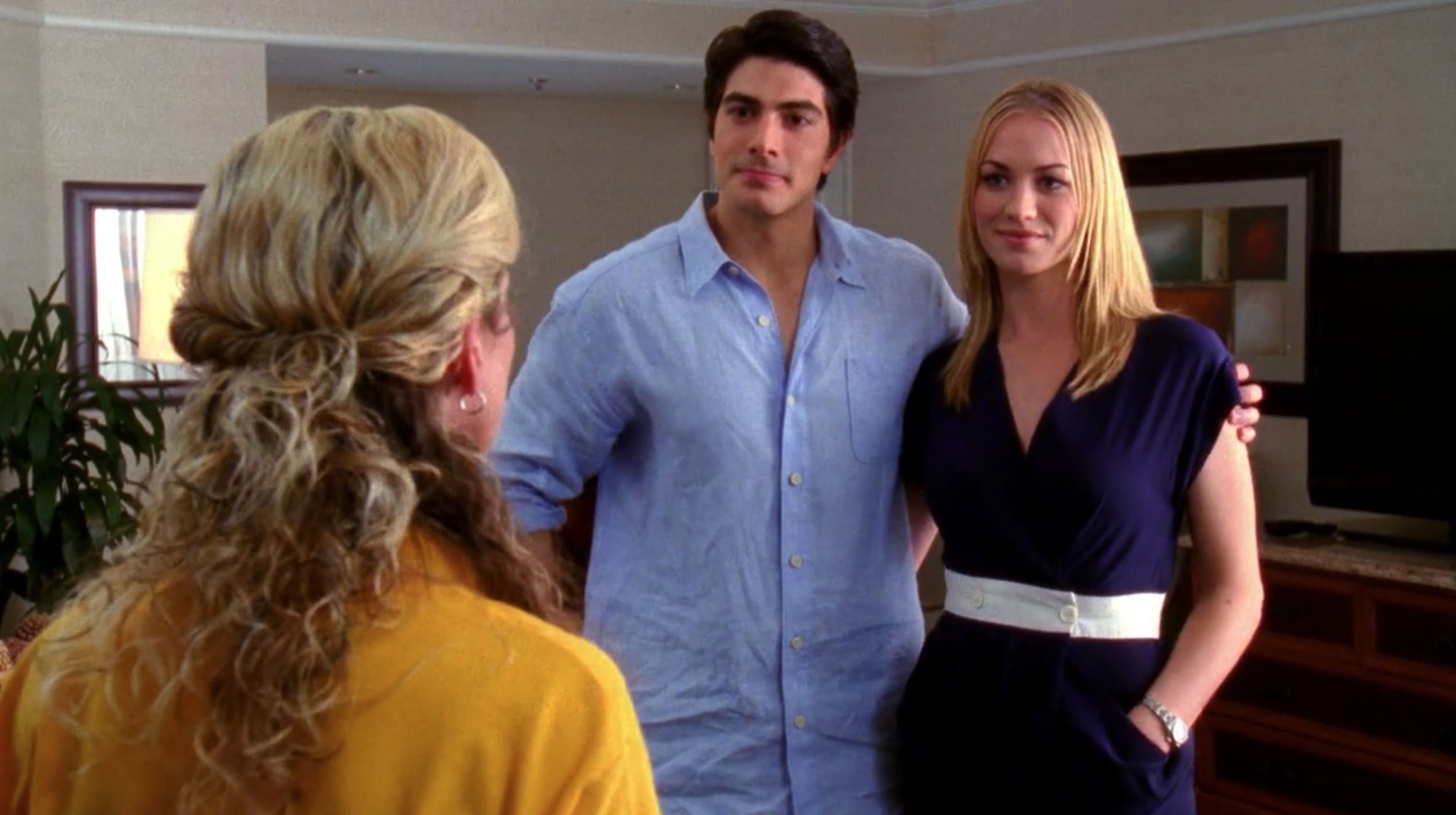 Many viewers are puzzled by the Sham (Shaw + Sam) relationship—not to be confused with a romance. Spies don’t fall in love, remember?—and can’t understand why Sarah would choose a man who is the embodiment of what she hates about Chuck’s spy life. Well, she isn’t. Chuck left her, chose his spy career over her, while she’s craving for a real life, and she’s hoping to find it with Shaw.

Let’s recap what’s going on with Chuck and Sarah. At the end of season 2, Chuck accepts his hero’s calling out of his sense of duty and out of love for family, friends, and Sarah and decides to become a spy while Sarah was ready to jump into a normal life with him.

Sarah always saw Chuck as a hero but does not want him to become a spy because she is afraid the spy life will corrupt him and dehumanize him. She loves Chuck’s innocence and the idea of seeing Chuck being turned into a killing machine (like Chuck on Laudanol in 3.10 Tic Tac or like the two GRETAs in 4.18 A-Team) terrifies her, not only for his sake but also for hers, as her shot at redemption through him will be lost. So she does the only thing she knows—she asks him to run away with her.

When Chuck rejects her offer and stands her up in Prague in 3.01 Pink Slip, this devastates Sarah, who already has huge abandonment issues (with her father and Bryce). Someone apparently famous once said that hell hath no fury like a woman scorned and we see this especially in 3.02 Three Words. Chuck pours his heart out in Karl’s vault, thinking Sarah is outside the door the whole time, and Sarah spits on it by asking Beckman for reassignment and by kicking his butt in the bo-training scene. (Love the song, BTW.)

In 3.02 Three Words, both Chuck and Sarah are also given a live demo by Carina on what happens to suckers like Karl who fall in love and have feelings in the spy world—they become vulnerable and/or get killed.

So Chuck accepts his giving up his feelings as the cost of becoming a spy, which he is pursuing out of sense of duty, and pulls back from Sarah. The handshake he gives her at the end of 3.03 Angel de la Muerte is full of regret for a life that could have been but is not to be.

Enter Shaw. He correctly concludes in 3.05 First Class that Chuck is being held back by Casey and Sarah and pushes Chuck to become an agent. Chuck believes Shaw and starts his journey into becoming a spy according to the CIA rulebook, so he lies to family (“we are not kids anymore”), uses and burns assets, and engages in a relationship with Hannah.

Hack (Hannah and Chuck) is the flawed mirror of season 1 Charah. Hannah is the real girl smitten by spy Chuck the way real boy Chuck was smitten with spy Sarah. Chuck asks Sarah if she’s ok with him and Hannah. Sarah is not really ok with it (she’s in love with Chuck) but, by the end of 3.07 Mask, she’s been convinced by Shaw that Team B is merely the Intersect’s training wheels and that she needs to let go of Chuck because she’d be holding him back, and not just professionally. So, out of selfless love for him, she lets go. And then she sighs.

And so, Chuck starts things with Hannah.

And look how CIA agent-in-training Chuck treats the best version of himself. He totals the relationship because he allows it to be founded on lies. When he realizes that, he breaks it up. Hannah’s understandably heartbroken. Add all the moral compromises Chuck’s been living from First Class to Fake Name and this is rock-bottom for him. The only way is up.

Well, what’s going on with Sarah in the meantime? Well, she too has a new suitor at the beginning of Mask—Shaw. Notice the symbolism in Mask. Chuck and Sarah’s task is to exchange the real mask of Alexander (their real relationship) with a fake mask (their relationships with Hannah and Shaw). They both are going to wear a mask (a loveless relationship) and their respective mask will help them see their true self and their true feelings and desires.

Anyway, at the beginning of Mask, Sarah’s still waiting on Chuck, so she’s not interested and spurns Shaw. By the end of Mask, however, she realizes she needs to let Chuck go and so she considers Shaw, and she lowers her eyes in resignation. But she’s not feeling it, so she lets Shaw down easy at the beginning of Fake Name, before things even start.

But then she freaks out about Chuck. He’s losing himself in the spy world. The innocent Chuck she loves is disappearing before her eyes, and she desperately needs to find herself, and so she goes to the only person who listens to her and understands her because he also lost his loved one to the spy life—Shaw. She’s looking for someone to share her pain over Chuck’s moral downfall, who left her a work of real-life redemption in progress; she needs to find her real self and this is the context of her sharing her real name with Shaw. She’s oversharing in order to connect and hoping that Shaw can help her find real.

But Shaw is not interested in a real relationship. He’s all spy and considers real and feelings a liability that makes spies vulnerable.

And here’s the symbolic representation of the two relationships. If Hannah is a mirror of season-1 Chuck, Shaw is a foreshadowing of Sarah’s future if she had never met Chuck—a cold, emotionally broken shell of a spy and nothing but a spy. Shaw is a window on Sarah’s future without Chuck.

Hannah is the woman Chuck would have been with had he never met Sarah. Shaw is what Sarah would become had she never met Chuck.

And of course, this relationship cannot possibly be enough for season-3 Sarah, who craves reality, and she knows it. That’s why, when Chuck, well on his path of redemption by now, asks her in 3.11 Final Exam to give him a second chance, he meets no resistance whatsoever.

There’s the final hurdle of the red test and Shaw’s foolhardy suicide mission, but after Chuck selflessly saves Shaw and Sarah finds out Chuck didn’t kill the mole, she doesn’t have to worry anymore that Chuck will be lost to the spy life. Her fears in Prague were unfounded. Chuck has become his own kind of spy, the best of both worlds, the innocent spy who has redeemed her and her profession, and the man she can love without reserve because he will never betray or abandon her.

So, the point of Hannah and Shaw is to show that Chuck and Sarah try to let each other go—Chuck because he thinks spies are not supposed to have feelings (“I told myself that I didn’t, I couldn’t, I wouldn’t”), and Sarah because she thinks she’s getting in the way of Chuck becoming the perfect spy he wants to become (“I’ll be in your way, and not just professionally”). And so, for the other’s sake, they try to let go. But they can’t. Chuck realizes that becoming a spy is not worth it if he has to lose Sarah; and Sarah realizes that feelings don’t always get spies killed. Sometimes, feelings get spies saved.