3.13 Was Shaw Going to Kill Sarah in the Warehouse? 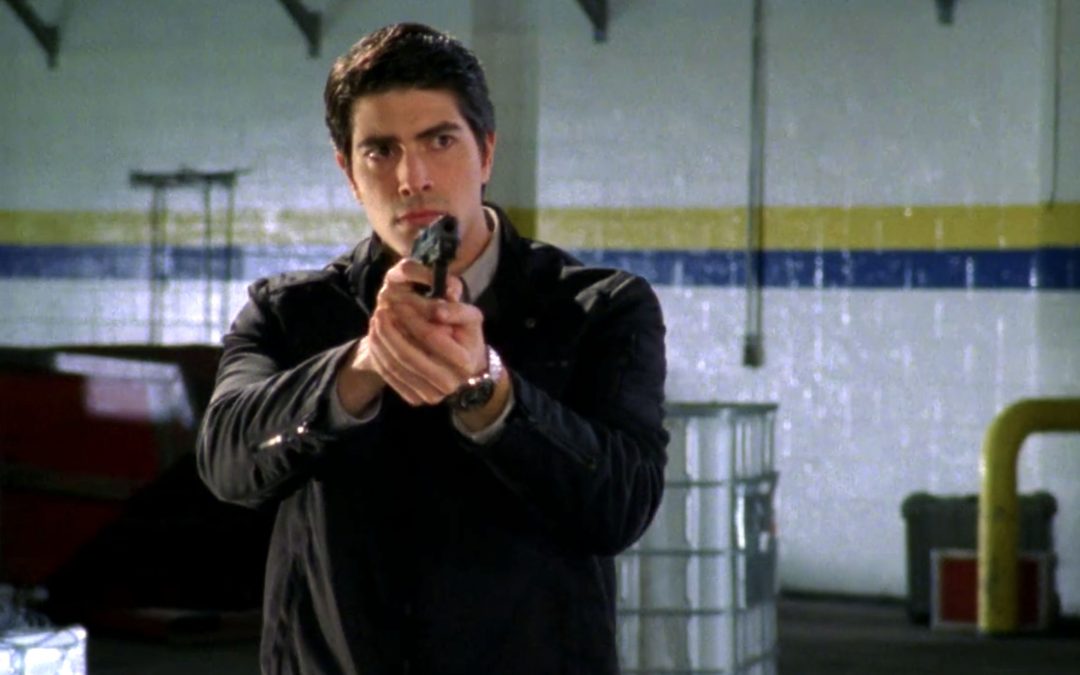 Does Chuck save Sarah’s life by showing up with a full tactical team at the warehouse at the beginning of 3.13 Other Guy? Was Shaw going to kill Sarah? Does he only change his mind at the very last minute, when he looks sideways and sees the glare from a tactical light on two of the TVs? It definitely looks like it. Shaw’s walking towards Sarah, finger on the trigger, when he looks at a monitor on his right, then at one on his left, and both monitors show glare that is not there when Shaw first sees the video at the end of the previous episode. He seems to then decide to not pull the trigger and plays the part of the forgiving man. 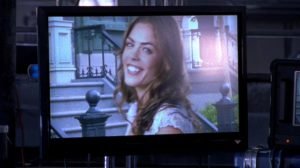 How is possible that Sarah isn’t a bit suspicious of Shaw after what happened at the warehouse? They were supposed to find the “Ring’s most senior operative” and instead find an empty warehouse with a video of her red test. She sees Shaw walking towards her, gun drawn and pointed at her, finger on the trigger, is told by him the dead woman is his late wife that she killed, and Sarah suspects nothing’s wrong with the picture? It may seem strange but there are a couple of reasons she may accept it. First, they are both professionals. When Casey shot Bryce in the pilot episode, Sarah knew it and yet still was able to work with Casey. She was a professional and understood that what Casey did with Bryce was nothing personal. Here, she assumes that Shaw does the same.

Second, Sarah thinks Shaw is not only a great spy but also a great man who even forgives her for killing his wife, so that, when Sarah chooses Chuck in the subsequent “do you love me?” scene, there is no doubt that she choses him because she loves him, and not because Shaw is bad. In other words, Chuck did something selfless by saving Shaw in 3.12 American Hero and Shaw (in Sarah’s eyes) has now done something selfless in 3.13 Other Guy by forgiving her for killing Eve, so both men do something great for her, yet Sarah still chose Chuck. This unequivocally establishes Sarah’s love for Chuck.

I think he definitely was going to kill her. You could feel his anger in the car ride towards Sarah and he followed her in with his gun aimed at her with the intention of shooting Sarah. I don’t know why he changed his mind, unless at some level Sarah’s reaction to the worst day or her life touched Shaw at the last moment and he just then began to hatch the plan he followed in the next episode. Killing Sarah wasn’t enough revenge, everyone involved had to pay. I am a bit surprised, though, that Sarah didn’t read Shaw better. Sarah had no idea that Shaw had previously seen this video of her red test. To Sarah, Shaw was seeing it for the first time and his reaction to seeing that Sarah was actually the one that killed his wife was a real flat liner. A robot would have had more emotions. (i.e.Contrast it to when Shaw’s reactions when he really did see it for the first time.) Sarah knew Shaw had been obsessedly pursuing the Ring for five years because he thought the Ring killed his wife and now no emotions from him. Considering that Sarah thinks Shaw is just seeing it for the first time, things just wouldn’t add up to a spy like Sarah. A side note, I do think that I would Sarah would have been thanking the Lord that she had just chosen Chuck over a cold fish spy like Shaw.