Turning Points of the Show 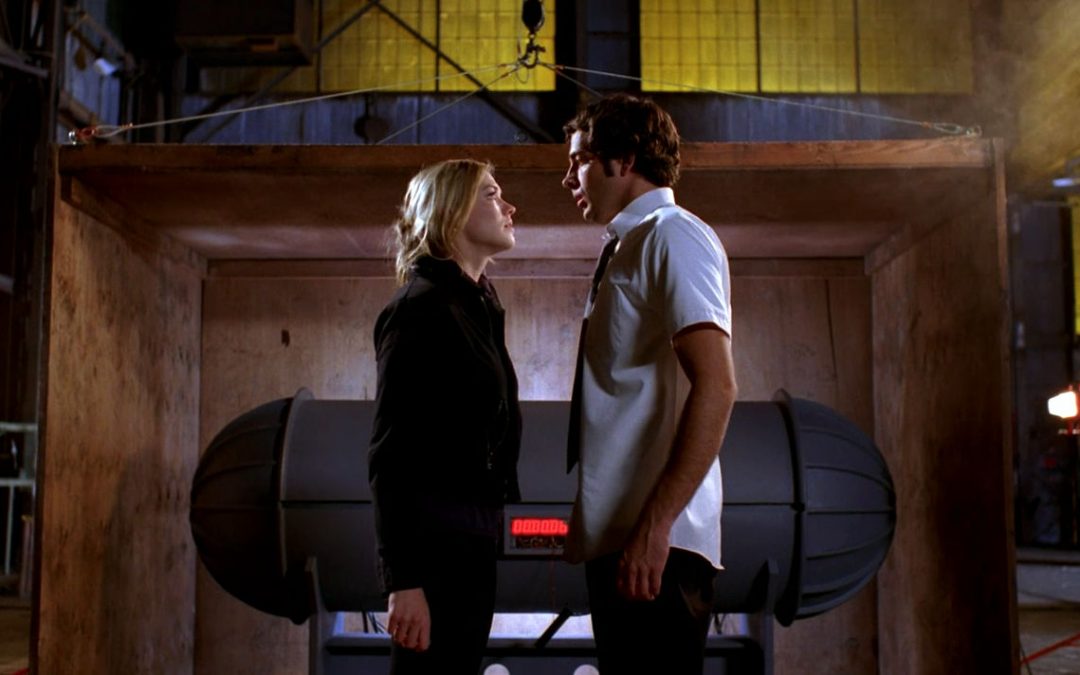 What are the turning points of the show? There are for sure many significant moments in the show but what are the ones that really change the course of the story with a dramatic twist in Chuck and Sarah’s relationship?

A bomb is supposedly about to explode and Sarah kisses Chuck, confirming to him that her feelings for him are real and not just a cover. She will try to backtrack for a couple of weeks but, from now on, their cover relationship will never be the same.

In what is perhaps the most iconic scene of the show (“Guys, I know Kung Fu!”), Chuck finally accepts his destiny. After a year and a half of Sarah’s encouragements to see himself as the hero he is, and after watching Bryce sacrifice his life for the cause, Chuck realizes he can’t run from the fight and decides to re-intersect. This will change his and Sarah’s lives forever.

3.12 – Chuck saves James Bond and takes the girl from him

In 2.15 Beefcake and 2.16 Lethal Weapon, Chuck felt he was not man enough to keep his girl from James Bond (Cole) and his sense of inadequacy compared to super spies like Cole or Bryce was exposed in a very raw way (Casey, “Yes, general, it’s as pathetic as it sounds.”). But Chuck undergoes his hero’s journey in season 3, which culminates in the epic scene in castle during 3.12 American Hero, when James Bond (Shaw) leaves Sarah in Chuck’s care while he goes on an apparently noble suicide mission and Chuck decides instead to save Shaw for Sarah’s sake and then take her from him.

Since the beginning of season 1, Chuck and Sarah have been on a journey towards a real life. They always understood that to mean a normal life, away from the spy life, because nothing is real in the spy life. But their European honeymoon shows them that they can have it all—they can be be spies and have a real life. Together.

Chuck and Sarah have come a long way. Chuck has completed his journey from aimless boy to confident hero. Sarah has completed her journey from “nothing but a spy” to a real woman. Chuck has actualized the five-year plan that he never put down on paper for the lack of a good font and is now the master of his destiny with a font (Helvetica, from his wedding invitation).