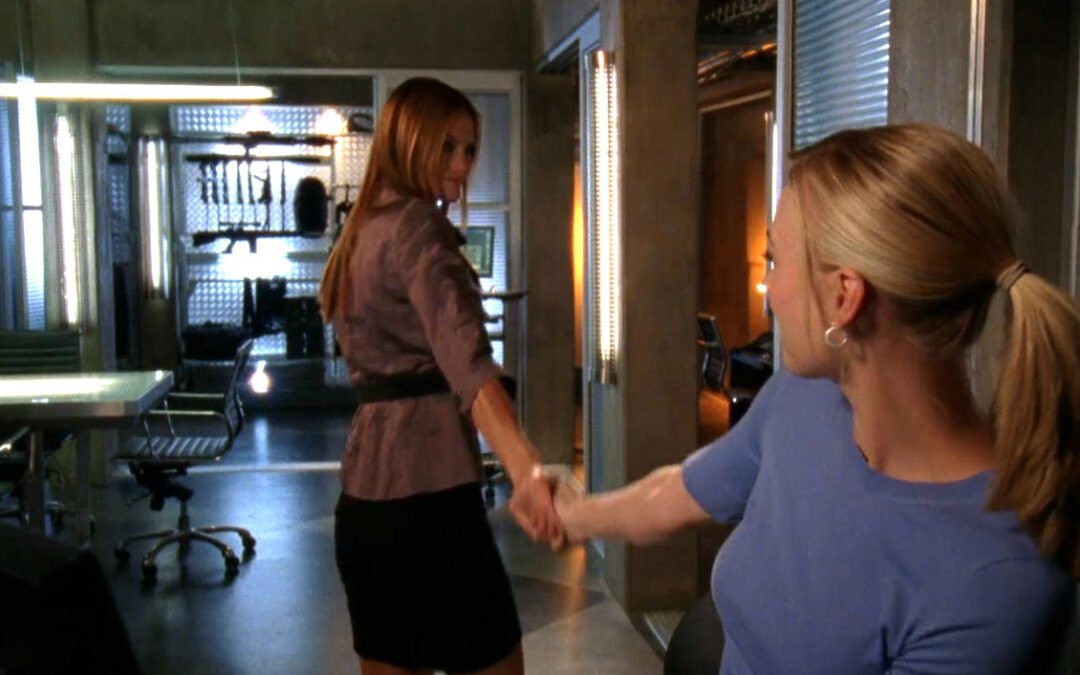 Lots of viewers think Carina’s video at the end of 3.02 Three Words is her silent encouragement to Chuck and Sarah to pursue their relationship.

It’s Carina’s way of easing Sarah’s pain and letting her know the real reason behind Chuck’s Prague decision to pursue duty over love.

Season 3 is the reversal of the first two seasons. Inspired by Sarah, Chuck decides to become a spy for the greater good and for inner fulfillment while, inspired by Chuck, Sarah wants a real life.

And they both think that spies can’t afford to fall in love because love is a liability in the spy world. That’s why Sarah cries at the end of 3.02 Three Words and doesn’t run into Chuck’s arms. She knows Chuck loves her and chose to become a spy because of his love but she has now to pull back from him for his sake, just as he did for her at the end of 2.03 Break-Up. They are stuck. 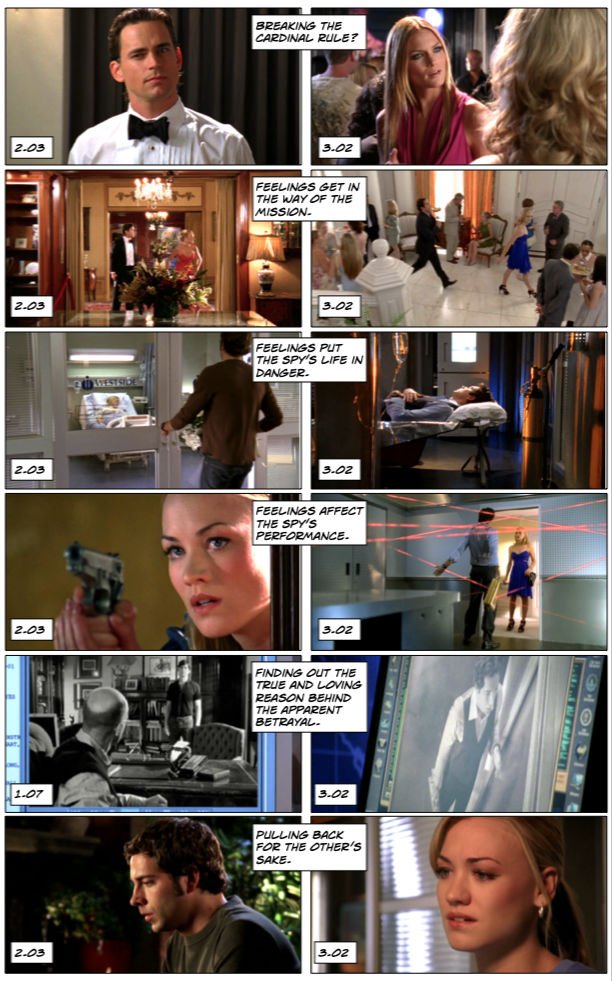 This explains her silent pining for Chuck from 3.03 Angel de la Muerte to 3.08 Fake Name, their mutual jealousy at the beginning of 3.07 Mask and their selfless mutual permission at the end of Mask to let the other see other people since they can’t be together.

And if you have any doubts, here’s Sarah confirming it in 3.10 Tic Tac. She knows that Chuck has sacrificed his love for her in order to become the perfect spy for the greater good, and in her selfless love for him, she sacrifices her own heart’s desire so that he can become that perfect spy. 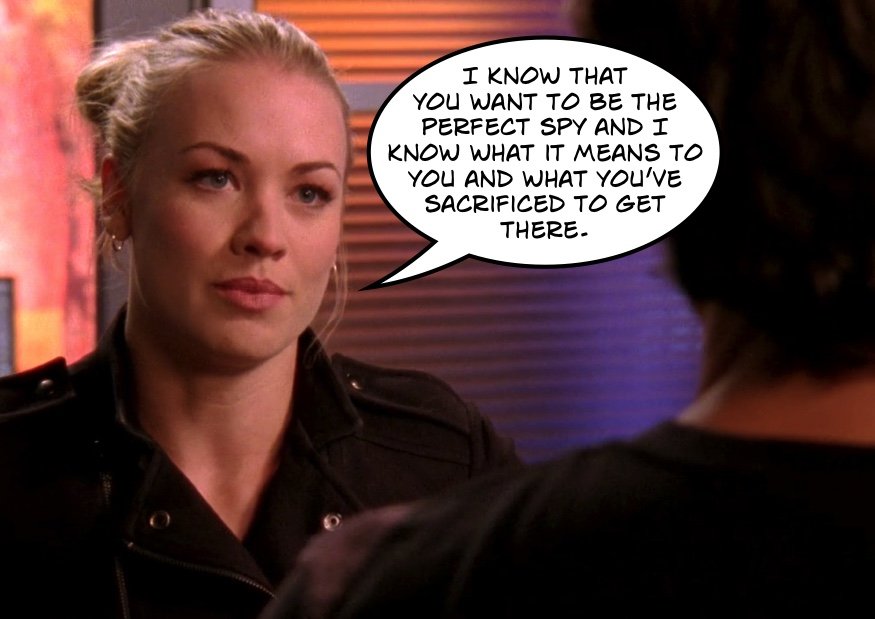 It will only be in 3.09 Beard that Chuck rejects this code, only in 3.10 Tic Tac that he learns to control his feelings (so that love won’t interfere with duty), only in 3.11 Final Exam that he starts pursuing Sarah again, only in 3.12 American Hero that he finally puts Sarah first (in a reversal from Prague), and only in 3.14 Honeymooners that he and Sarah happily realize they can have both love and duty. 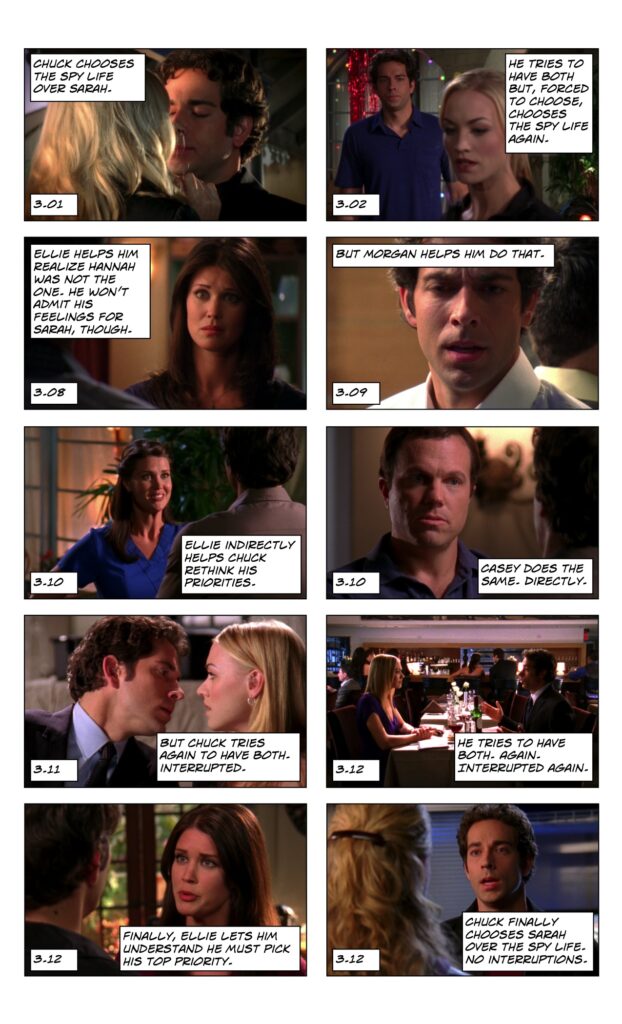 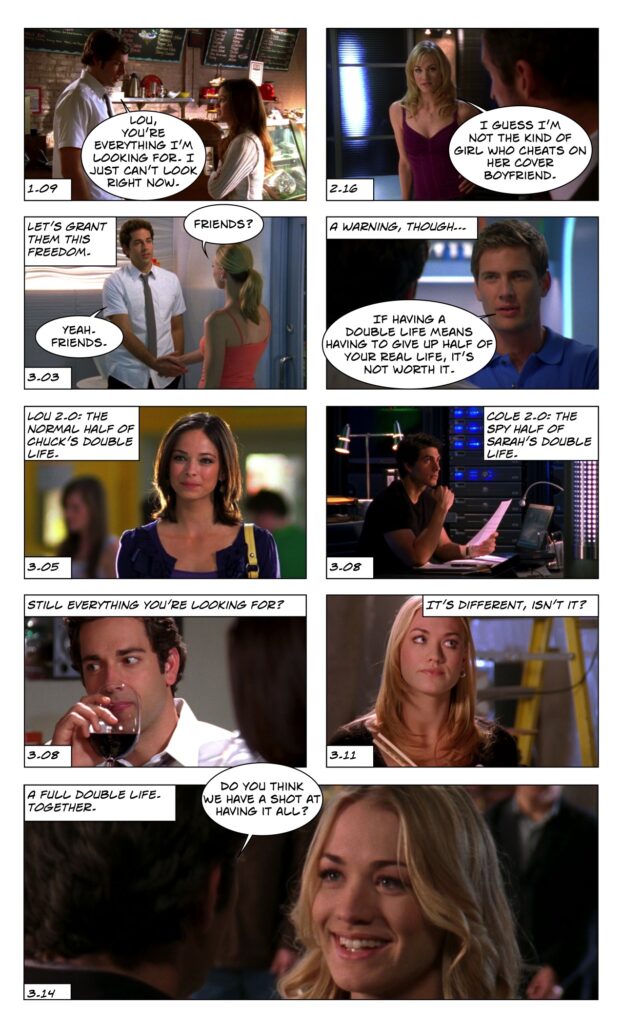