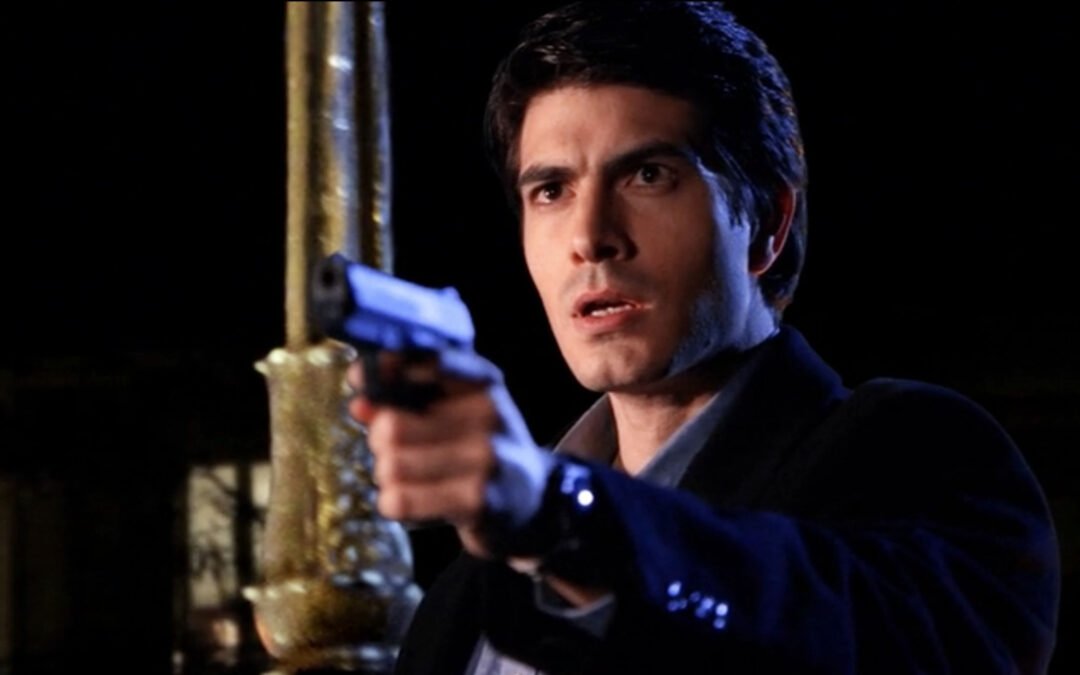 Why would Sarah trust Shaw after it’s revealed that she was his wife’s killer? They know Shaw will stop at nothing to destroy the people responsible for the death of his wife. Once he finds out that she was killed by Sarah and the CIA, wouldn’t they suspect that Shaw would take his revenge on them? If Sarah, the CIA, and the NSA cannot figure this out, are they really sending their best and brightest?

Well, let’s look at it this way. Almost three years before, the NSA killed Bryce. Sarah would stop at nothing to retrieve the Intersect. Once she found out that Casey and the NSA killed her lover Bryce (it was in Casey’s report), wouldn’t they suspect that Sarah would take her revenge on them? If Casey, the CIA, and the NSA couldn’t figure this out, were they really sending their best and brightest?

Yes, they are because Sarah is an absolute professional and will put the mission before her feelings, as any good spy will do. Remember, feelings are a liability for spies.

Now, in 3.13 Other Guy, Beckman and Sarah think that Shaw is an absolute professiona like Sarah. He says all the right things that a professional spy would say: Sarah’s not responsible, she was played, he will find the people behind it. He says all the things that a professional spy like Sarah would say, therefore they are not suspicious. Shaw’s words confirms to them that “Shaw is a good spy”,1Sarah’s words to Chuck right before he asks her if she loves him in this same episode. who puts the mission before his feelings. 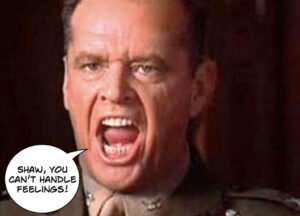 But Shaw is not a good spy. Shaw is the perfect example of the reason the government does not want spies to have emotions (like the GRETAs in 4.18)—emotions get in the way of the mission. In Shaw’s case, his emotions get in the way because he can’t handle them. In this regard, he is the opposite of Chuck, who learns to master his emotions and use them for good. This is ironic because throughout the season, Shaw considers Chuck’s emotions a liability when, in the end, emotions become Chuck’s asset and Shaw’s liability. This is because Chuck nurtures all the right emotions while Shaw harbors all the wrong ones.

As Kelly Dean Jolley wrote in his book on Chuck, “Shaw’s actions seem virtuous only because they are instances of vices that look like virtues.” Shaw turns his love for his wife into an obsession. He turns his desire for Sarah into possessiveness, courage into foolhardiness (in his suicide mission), and honor into cruelty (when punching a bound Rafe). Shaw bottles up all the wrong emotions while appearing like a normal, emotionless, professional spy on the surface. He’s emotionally constipated: normal on the outside but full of emotional crap inside. That is the reason Routh plays him wooden and stiff on the surface but brooding and unhinged under the surface.

One of the many purposes of the Shaw arc is the writers’ way of teaching a lesson to the spies in the show who hold the traditional spy code: the solution to the “love vs duty” dilemma is not to deny one’s emotions but to master them and use them for good, like Chuck. This lesson is shown in 3.10 Tic Tac (with Chuck and the Laudanol pill) and again in 4.18 A-Team with Chuck and the two emotionless GRETAs. In both episodes, the purpose is to show that the complete lack of emotions (not just the inability to handle emotions, like Shaw) is also a liability because it turns spies into unempathetic terminators with the ultimate Utilitarian ethics, in which human lives become just numbers.

Shaw had spent a few years on his vendetta against the Ring because of his wife’s death. He considered it unjustified murder and wanted revenge. He even went on a suicide mission to avenge her death.

None of the above is true for the Bryce shooting. Sarah was hurt that he was a traitor.

I’ve heard that, “…are the CIA and NSA really sending their best and brightest” line somewhere else recently. I just can’t quite put my finger on it.

This post was inspired by your deleted post on Reddit. I didn’t want your words and thoughts to get lost in time like tears in the rain, so I kept your wording at the end of the initial paragraph.

You are correct that the two situations are not exactly the same, but they are close enough for the point to be valid. Allow me to provide some clarification.

First, Shaw does indeed seek revenge for his wife’s death but he’s not supposed to. That’s the point. He acts like a professional spy, and professional spies are not driven by emotions like the desire for revenge, which are precisely what “makes us vulnerable,” as he tells Chuck at the end of 3.04 Operation Awesome. What he’s supposed to seek instead as a spy is a dispassionate (unemotional) destruction of the Ring simply because they are going against the government. That is what he is portraying for most of 3.13 Other Guy, and this is what fools professionals like Beckman and Sarah because that is the way they would act. That is the reason Sarah tells Chuck “Shaw is a good spy” right before Chuck’s “Do you love me?” question.

Second, Shaw doesn’t know whether his wife was a traitor like Bryce or not. It’s never revealed because that’s not the point. He wants to avenge her death whether she was good or bad simply because he has turned his love for her into an obsession that has obfuscated his judgment. Again, he denies his emotions on the surface while bottling up the wrong emotions under the surface and letting them drive his behavior and choices, including the foolhardiness of his suicide mission, ironically while belittling Sarah’s emotional plea to “think things through” as her weakness, when it’s really her strength.

Third, Sarah could have done the same with Casey and the NSA after Casey “killed” Bryce. In fact, Graham even says at the beginning of the pilot that Casey was supposed to bring Bryce in for questioning, not kill him in cold blood and ask questions later. Casey even brags that a dead CIA agent is a win in his book. Casey’s actions are in his report, and Sarah could justifiably conclude that they were unwarranted and seek revenge against him and the NSA. She doesn’t. Not only that, within a couple of months, she even calls Casey “her partner” (in 1.08 Truth), when she still thinks that Bryce is dead at Casey’s hands.

Fourth, Shaw himself unjustifiably murders Chuck’s father right before Chuck in 3.18 Subway, and for a petty reason at that, just to rile up Chuck’s emotions. Watch Chuck’s reaction—he grieves for his father’s death (a proper emotional reaction) and then seeks justice, not revenge, against Shaw. He even has the opportunity to kill Shaw at the end of 3.19 Ring II but doesn’t take it because Chuck has learned to master his emotions.

In conclusion, the point of Shaw’s vendetta is exactly that he masks it all along. He pretends to be emotionlessly going after the Ring when he is really driven by emotions. That is the reason Kelly Dean Jolley wrote in his book on Chuck that Shaw’s vices look like virtues. And these false virtues are what fools professional spies like Beckman and Sarah.