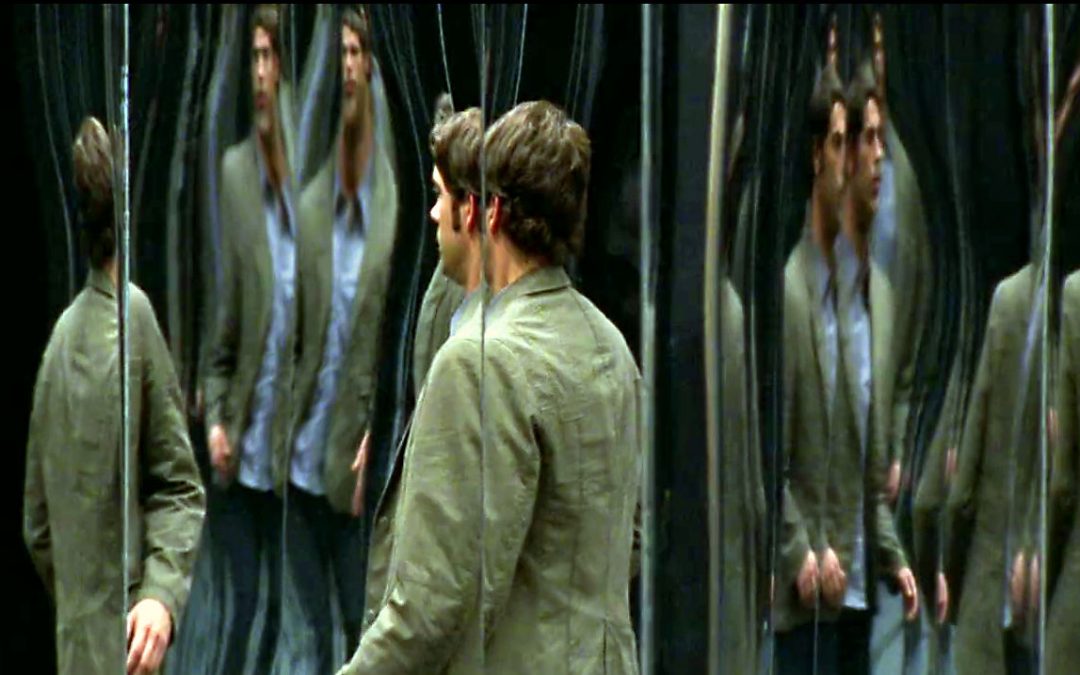 As Kelly Dean Jolley writes in his Chuck book, Chuck “is a show of patterns: of duplications, of symmetries, of echoes, of types and anti-types. It is animately, virtuosically contrapuntal–like Bach. It speaks an elaborate language of images, events, actions, places, words and music. Chuck is pervasively committed to counterpoint. Much of its counterpoint is simultaneous, happening internal to a particular episode, as multiple story-lines unfold all at once. However, much of its counterpoint is non-simultaneous, happening across episodes, as later story-lines unfold in a contrapuntal relationship to an earlier one or earlier ones. Counterpoint engineers some of the show’s density and resonance, simultaneous counterpoint sometimes engineering density, non-simultaneous sometimes engineering resonance.”

Below are some examples.

I read Kelly Dean Jolley’s book. It’s a good read but lacks in most areas for my taste. For instance, I have never seen anyone do a good writeup for season 5. Kelly skips to the end missing most all the juicy content. And boy there is a lot to chew on in those last 3 episodes. It almost made me mad he missed so much.

I agree with this article, but I think if we rely on this structure too much we lose much of what’s going on in the story. I believe you would agree with me on that. It’s important to know that this structure was built one season at a time and it was not planned from the beginning. I see it as a writer’s tool the writers used to create a good tight story. I would agree this structure offers clues but is not the final word on how to properly interpret the show.

The writers were always trying to change the viewer’s perspective on past episodes. For example, the “Chuck Versus the Baby” episode (5×8) spun my head around. We now know why Sarah was so secretive with Chuck about her name. We got to see one of Sarah’s secrets and it was meaningful. It showed her strength of character to a depth we seldomly got to see. We got to see her dreams, regrets, and how far she would go to save an innocent life. It changed my perspective on the show’s pilot, the lead up to the wedding, and strongly flavored the show’s ending. It was just a stunning piece of work. All I can say is bravo!

Yes, I would agree that the show’s scene symmetries are not the key to interpret the story. I think, for the most part, they help inform and enrich the story or highlight the characters’ growth.

I did notice that Jolley’s book skipped most of season five. I wasn’t bothered by it at the time because I myself didn’t much care for the last season. I only started slowly watching it for the second time a couple of weeks ago.

Chuck vs the Baby is an interesting episode in that it highlights the evolution of, not just the viewers’ but also the writers’ own understanding and development of the characters throughout the seasons. I would love to get Fedak’s and LeFranc’s view of their exchange about Sam being Sarah’s dog’s name that Fedak almost put in the episode and LeFranc convinced him not to, especially in view of what you mention about Sarah being so secretive about her past.

Overall, I liked season 5. It wasn’t great, but it led to what I consider a fantastic ending to the show. Morgan’s Intersect arc was a disappointment. Also, they missed out on some opportunities to score points. For instance, I thought Sarah walking in on Casey was low hanging fruit to change viewer’s perceptions about Casey. Instead of her being grossed out; I would have liked to see her take an extra beat, take a mental note, then walk away smiling. Later in the episode, I would have had her smiling at Casey making him feel uncomfortable. When he asked what’s up. I would have had her say. “Damm Casey, you are one sexy man.” And Yes, I would have had her say that right in front of Chuck. In my opinion, there were not enough Sarah/Casey moments in the show and this was a missed opportunity to advance the friendship between the two of them.

I’m assuming you are referring to the scene in 5.09 Kept Man when Gertrude says, “You are a naughty, naughty Colonel” as Sarah walks in and witnesses the scene 🙂 Yes, your scene would have been great and I would have loved more Casey-Sarah friendship scenes but Sarah’s grossed reaction makes sense in the context of the episode since she was feeling sick throughout it.