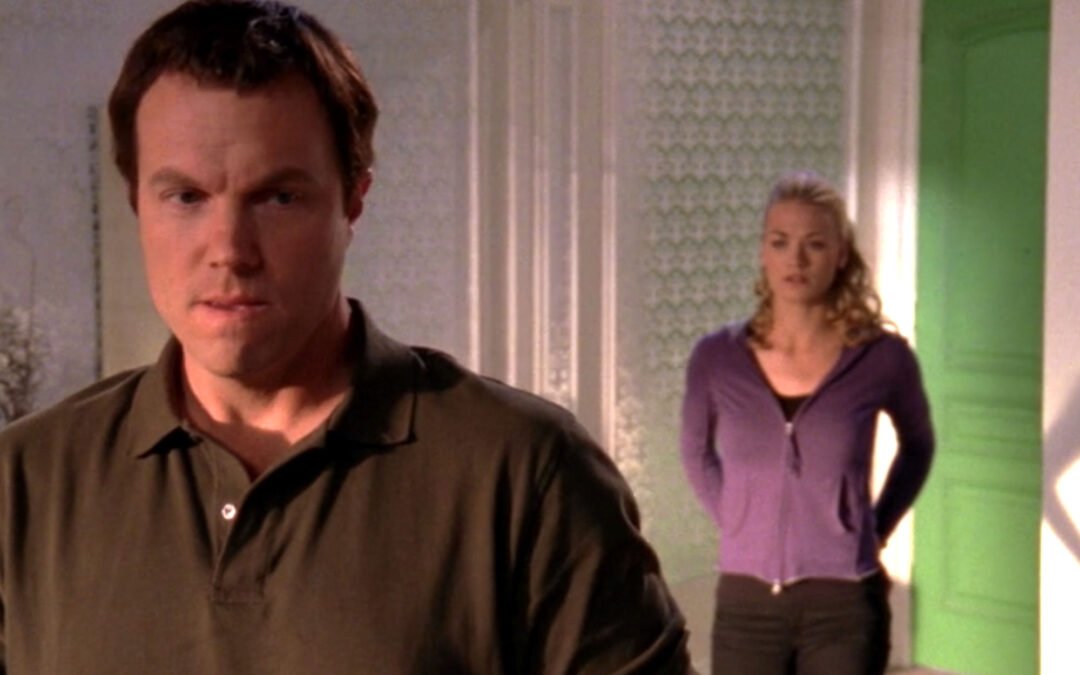 Around 10 minutes into 3.12 American Hero, Sarah rejects Chuck because he’s now a killer. CTB (civilian team Bartowski) wants to help Chuck get the girl back based on a variety of selfish motives. It ends with a night in jail. Ellie is upset because Chuck went to CTB for advice before her.

Chuck meets Ellie, who tells Chuck how to win Sarah back: go all out for her.

Meanwhile, Shaw chooses a suicide mission (for another woman) over Sarah and ignores her pleas as sentimental nonsense. Chuck finds out about Shaw’s suicide mission and goes all out for Sarah by selflessly risking his life to save the man Sarah is leaving him for.

Chuck then tells Sarah he loves her, admits she was right in Prague, and goes all out for Sarah again by bluntly and honestly declaring his love for her and choosing her over the spy life (the opposite of what Shaw just did), and is the first man in her life to put her first. Meanwhile, an upbeat song about reconciliation and about a couple finally facing the future together plays in the background. The song ends with the lyrics, “Go, don’t stop now” as Chuck leaves and the camera focuses on Sarah.

Shaw wakes up in the hospital as Sarah packs her bags in her hotel room.

Around 40 minutes into the episode, Casey shows up and tells Sarah that it was he, not Chuck, who killed the mole. Casey also reminds Sarah that Chuck is not a killer like her.

Now, here’s the question that divides the fans: where is Sarah going before Casey shows up? Is she packing for Washington? Or for Union Station?

If Sarah is packing for Washington before Casey’s revelation, all the following points are undeniably true:

“But, wait,” you say. “Sarah is not going to Washington for Shaw but for herself—it’s hard for her to stay in Burbank because it’s a reminder of how much Chuck has changed. Also, the background song and the picture of them on the nightstand are just a foreshadowing of her change of heart once she hears the truth from Casey. At this point, she’s still going to Washington but she’s touched by the love Chuck shows her by saving Shaw and quitting the spy life for her.”

I have several problems with this view.

First, if Sarah is doing something for herself, especially after Chuck’s ultimate display of selfless love for her, she does not deserve Chuck. She’s also behaving out of character because Sarah is selfless and self-sacrificial throughout the show.

Second, Sarah’s objection that Chuck has changed goes out the window when he quits the spy life—Chuck allegedly killed the mole in Sarah’s eyes because his spy ambition was greater than his moral principles. By quitting the spy life, he shows Sarah his rejection of that ambition and therefore cuts the legs out from under her. There is also the massive problem that, if she doesn’t run away with Chuck, Chuck may remain a spy and kill even more people, which she could easily avoid.

Third, if Sarah can’t forgive Chuck for his one strike with Perry when she is always forgiving in all other seasons and when she was able to forgive herself for her strike with Eve, she’s being selectively unforgiving, and Chuck should stay far away from her. It’s not that Sarah can’t be with Chuck because he’s changed. Chuck can’t be with Sarah because she’s changed.

Fourth, the foreshadowing of her future choice cannot contradict her current choice. Sarah’s decision to have the picture of her and Chuck on her nightstand must make sense to her at the moment. It cannot make sense only as foreshadowing if it contradicts her decision at the time. And if she’s still going to D.C. but is touched by Chuck’s love and open to going with him, she would not say to Casey in a relaxed tone that it’s not really necessary for him to plead Chuck’s case. Undecided people are not relaxed.

In conclusion, in this scenario, Shaw can do anything demeaning toward Sarah and never lose her. Chuck can move mountains for her and yet never win her. This scenario is a stacked game, and Chuck should let Sarah be with Shaw because she and Shaw deserve each other.

Then again, I think this scenario is contradicted by everything we see in the episode—Sarah is already packing to go with Chuck even before Casey’s revelation about the mole, 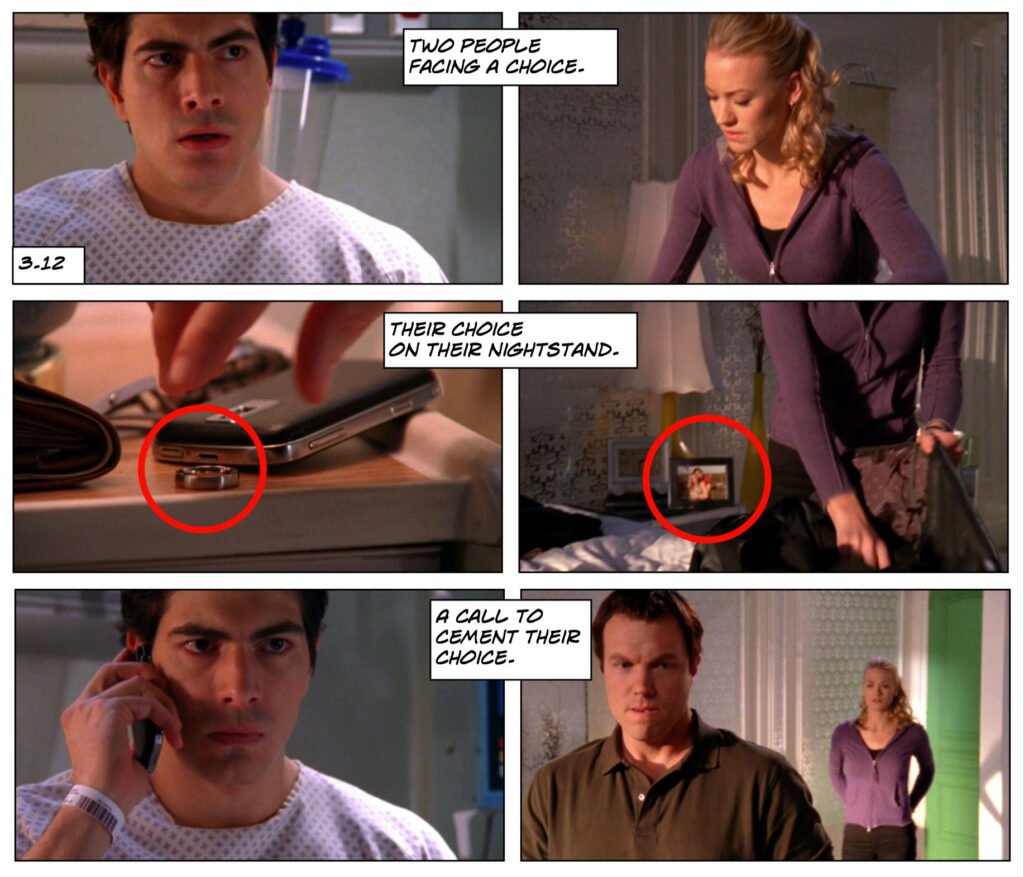