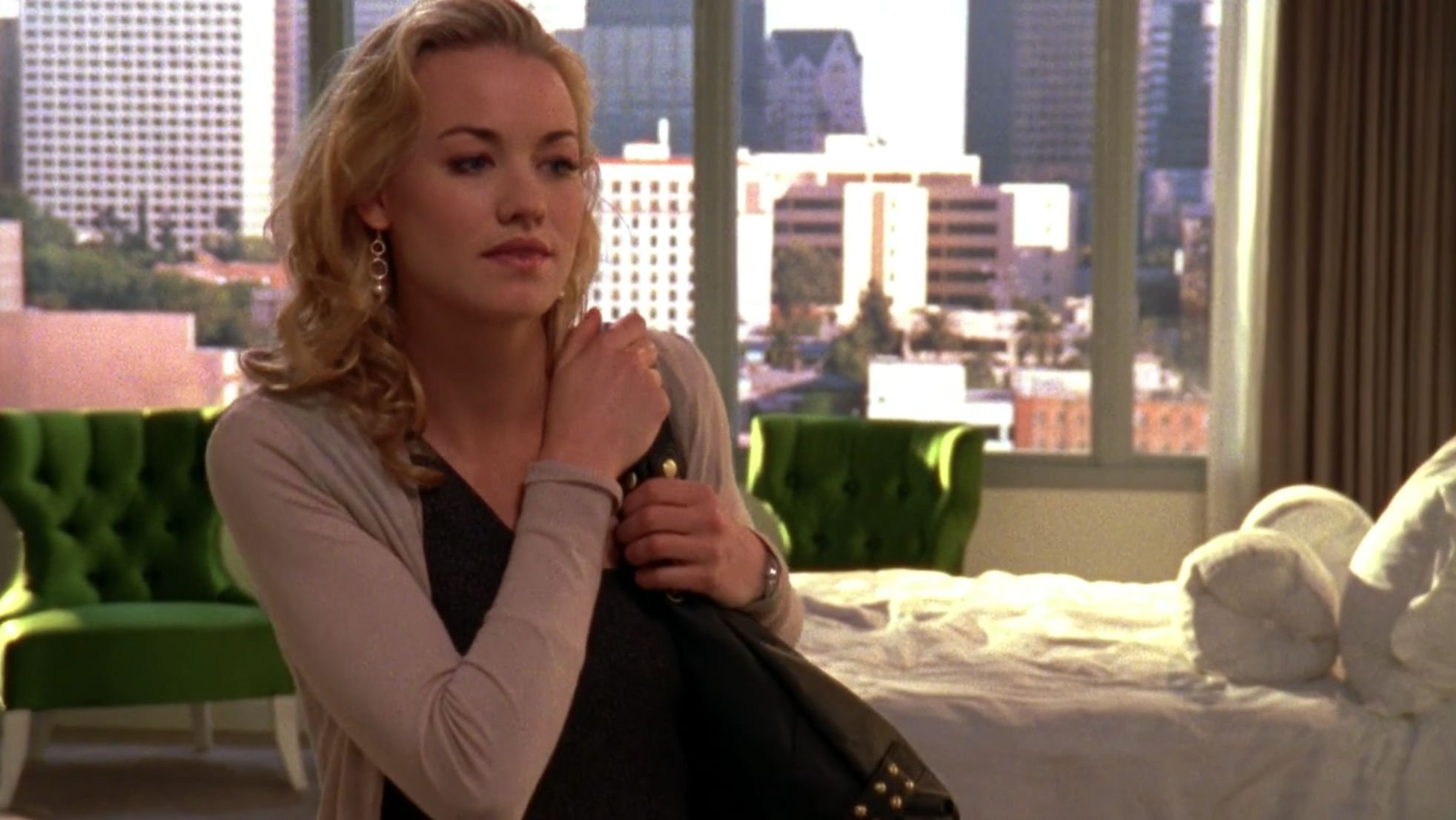 After watching season 3, some viewers have speculated that Sarah doesn’t really love Chuck the person but Chuck the idea—her idealized version of Chuck. Is this true? I don’t think so. Sarah does love Chuck the person. She’s cared for him since the beginning. At the end of 1.01 Intersect, Casey wants to send Chuck to a padded cell with four rubber walls. Sarah fights to keep him in Burbank with his family. She fights again in 1.13 Marlin to keep him from going underground. She commits treason in 2.20 First Kill to save him again. She is protective of Chuck the whole time. Everything she does in the show is to protect Chuck.

The show is a double redemption story. Chuck models innocence and vulnerability for Sarah and turns her from the dehumanizing spy life to a life filled with emotions, warmth, roots, and family. Sarah models competence and trust for Chuck and from the very beginning encourages him to be the man he was always supposed to be. She trusts him unconditionally (see 2.05 Tom Sawyer).

I’ve read that some think that what Sarah loves is not really Chuck the person but an idealized projection of Chuck, and they point to Season 3 as evidence—Sarah only loves Chuck as long as he’s innocent and does not kill unarmed people like the mole, whereas Chuck loves Sarah unconditionally, no matter what she does (see season 5 finale).

But that’s incorrect. Sarah does love Chuck and that’s the reason she’s upset when she thinks he killed the mole, putting his ambition to be a spy above his moral principles. He’s her moral center who’s always challenged her moral imagination. Without him, or if he himself turns evil, she’s lost (3.08 Fake Name) and reverts back to the worst version of herself (4.09 Phase Three). In this sense, from her wedding vows, he’s the gift she didn’t know she wanted or needed.

Chuck also loves Sarah, but he is also horrified at the end of 2.11 Santa Claus when he thinks she killed an unarmed Mauser in cold blood and is upset with her about it in the next episode, until she half-explains the situation. He considers Sarah different from all other spies, as he tells Carina in 1.04 Wookiee.

And as the season 5 finale shows, Chuck is also willing to set her free if she doesn’t want to be with him. Chuck has always given Sarah a choice, even in his declaration of love to her in 3.12 American Hero, when he tells her that he doesn’t want to convince her; he just wants her to show up. If she does make the choice to be with him, he will be her moral center. In this sense, from his wedding vows, he’ll just prove it to her every day for the rest of their lives. She can count on him.

As the old saying goes, “If you love someone, set them free. If they come back to you, they are yours forever. If not, they were never yours.”

Love is always freely given but it requires choice (what Chuck offers Sarah) and innocence (what Sarah seeks in Chuck) or it’s not free and it’s not love.