Chuck vs the Analyst Job 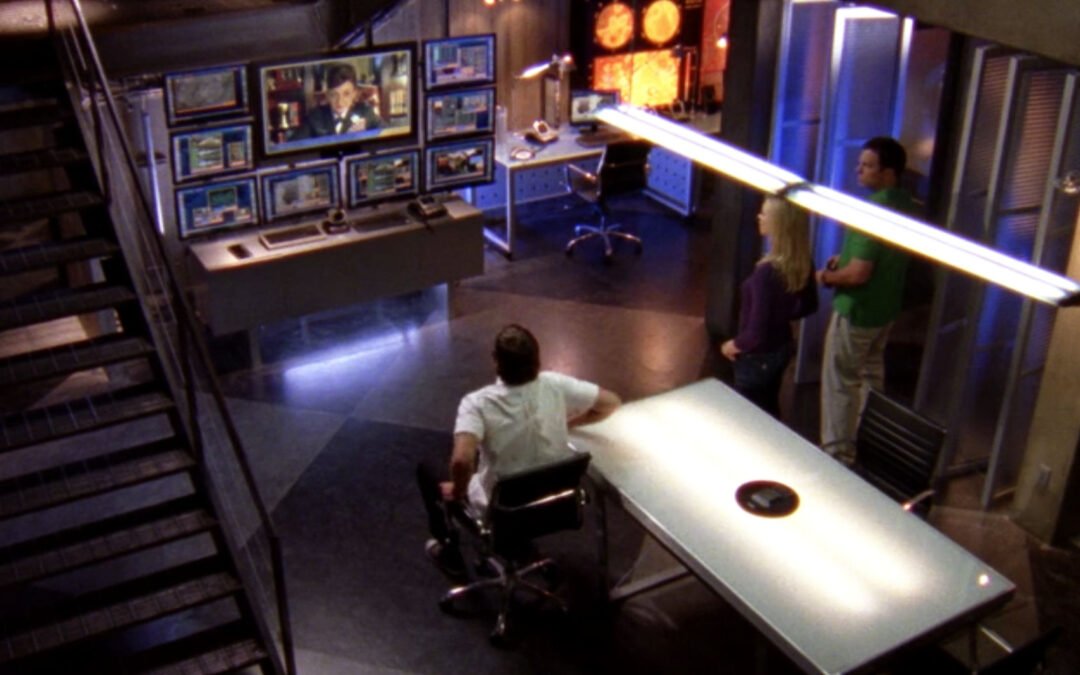 Why does Chuck turn down the analyst job at the end of 2.22 Ring? What is he going to do? Does he have no plans for his future besides a champagne buzz and an extra-slow dance with his date at his sister’s wedding?

Chuck always wanted the Intersect out so that he can have a real relationship with the girl he loves (his words to Sarah at the end of 2.16 Lethal Weapon). To him, there is no real in the spy life, and since he wants a real life, there’s no way he’s going to accept a spy job for the government, even as an analyst.

Now, we can see from Sarah’s sideways look that she is sad when Chuck turns down Beckman’s offer. Why? Because, at this point, she hopes that Chuck’s safe analyst job can still allow them to be around each other (somehow) and kind of together (somehow). Maybe, they could even work on some projects together (which is exactly what would have happened since Chuck would have been the analyst on the same Intersect 2.0 project with her and Bryce). So, Chuck’s scoffing response to Beckman disappoints her. To her at this point, Chuck’s acceptance of that job would be the closest thing to keeping Chuck in her world.

But then it’s Chuck’s turn to be disappointed when he offers her a ‘vacation’ (who doe he think he is, Cole?) and she turns him down because she has a new mission. This goes back to their second first date in 2.01 First Date, when she told him that government agents don’t really have a choice; they get shipped wherever their new mission is. We can tell that she’s heart-broken when she tells this to Chuck; she’s teary-eyed and can barely hold it together. But he’s disappointed. To him, at this point, Sarah’s acceptance of his vacation offer would be the closest thing to keeping Sarah in his world.

But during the beach wedding, Sarah, framed between the ideal couple Devon and Ellie, is ready to quit her world to join Chuck’s. That is an act of selfless and self-sacrificial love right there because the spy life is everything to Sarah. That is who she is. That is the one thing she is good at. That is her life. And she is about to communicate her decision to Chuck when they are interrupted by Orion, and after the ensuing attempt to save Bryce, it is then Chuck’s turn to be selfless and self-sacrificial after he witnesses Bryce’s self-sacrificial death for the greater good. Thus, Chuck now quits his world to join Sarah’s.

Let’s remember that, until the end of 3.14 Honeymooners, everybody—including Chuck and Sarah—sees a dichotomy; it’s either the spy life or a real life, it’s either love or duty. Even at the beginning of 3.14 Honeymooners, Chuck and Sarah still see things this way, Chuck says to Sarah, “I want you. And if Beckman finds out, she can stop all of this. Us!” It’s only at the end of that episode that they both dare to dream that, maybe, it was always a false dichotomy. maybe they can have it all, both the spy life and a real life, both love and duty. But in order to have both, they both need to learn to control and master their feelings. They, like Luke Skywalker, need to turn feelings from a liability (Sarah in 2.03 Break-Up, Chuck in 3.02 Three Words) into an asset. And they do (Sarah in 2.18 Broken Heart, Chuck between 3.09 Beard and 3.13 Other Guy). This is the theme of the show. And this is what Sarah herself will teach Gertrude in season 5, when she tells her that she can have feelings for someone and still be a good spy.