Charah vs the Intersect-less Arc 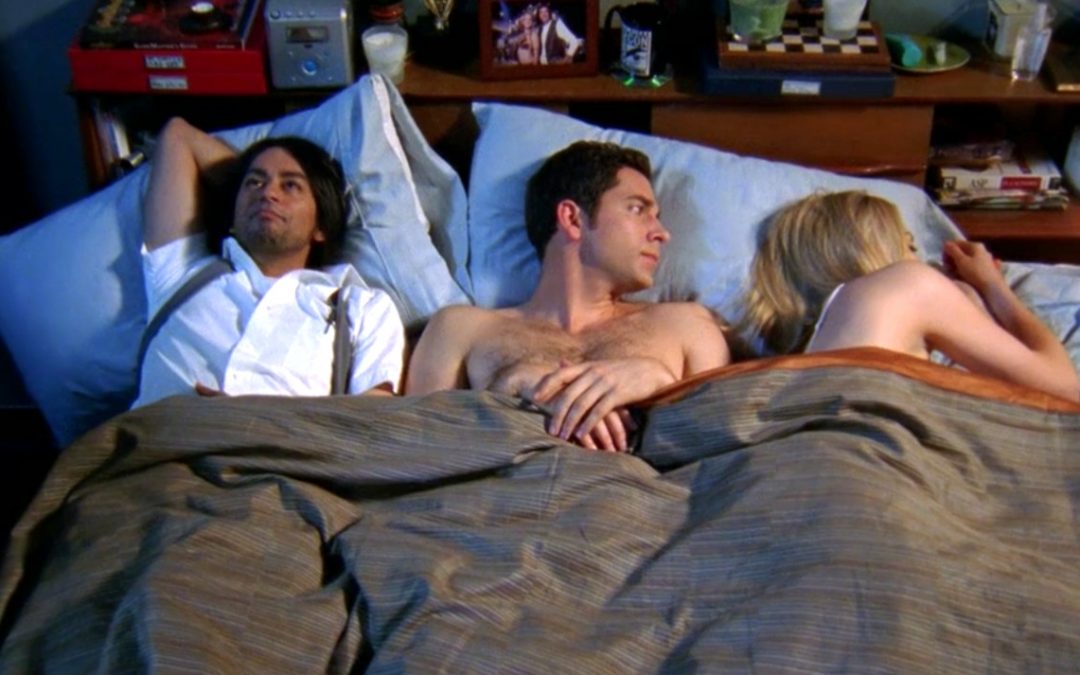 At the end of 4.07 First Fight, Chuck’s mom suppresses Chuck’s Intersect? Why does she do that? She does it in order to protect Chuck; without the Intersect, he won’t put himself and his family in danger by searching for her and Volkoff. But this is really just an excuse. The show is not really about Chuck’s mom. It’s about Chuck and Sarah. The meta title of the show is really Chuck vs Chuck—the story explores and overcomes obstacle after obstacle to Chuck and Sarah’s complicated but perfect relationship.

Chuck’s real nemesis is really his own insecurity, which, like a Boggart in Harry Potter, takes on different shapes and forms, like Bryce, Cole, Shaw, and, in this case, the Intersect itself (or loss thereof).

This arc is about both Chuck’s insecurities and Sarah’s lack of communication, both masked by the Intersect. That’s why the writers remove it at the end of 4.07 First Fight and explore how this loss affects Chuck and Sarah’s relationship.

Agent Rye is like the pyrotechnic version of 49B agent Forrest but for Chuck. As agent Forrest in 2.18 Broken Heart misinterpreted Sarah’s emotional attachment to Chuck as a liability when it was really an asset, agent Rye misinterprets Chuck’s emotional attachment to Sarah as a liability when it is really an asset. So Rye unwittingly creates a catch-22 for Chuck, who thinks he needs the Intersect to deserve Sarah but is now told that he can’t have the Intersect unless he gives up Sarah, in order to force Chuck to make a choice between the Intersect and Sarah and deal with his insecurities. This is put in Rye’s question to Chuck, “Are you a spy? Or are you a guy with a spy girlfriend?”

And, of course, this arc is there for Sarah’s growth as well. Sarah needs Chuck. If Sarah loses Chuck, she’s “nothing but a spy.” But she’s never told that to Chuck. As soon as Morgan tells her that is what Chuck needs to know, she moves heaven and earth to tell him.

You can also see in this arc that both Chuck and Sarah deal with their own insecurity their own way—Chuck’s battle is internal (mental) while Sarah’s is external (physical).

Sarah also, at this stage, fears Chuck is not really a full-fledged spy without the Intersect. And Chuck fears this, too. You’ll see this fear creep up again in 4.24 Cliffhanger. This is where season 5 comes in. In the first two seasons, the Intersect was a burden (like the One Ring in Lord of the Rings). In Season 3, it was a weapon. In season 4, it’s a crutch. In season 5, it will be a reward.