4.07 Chuck vs The Second Fight 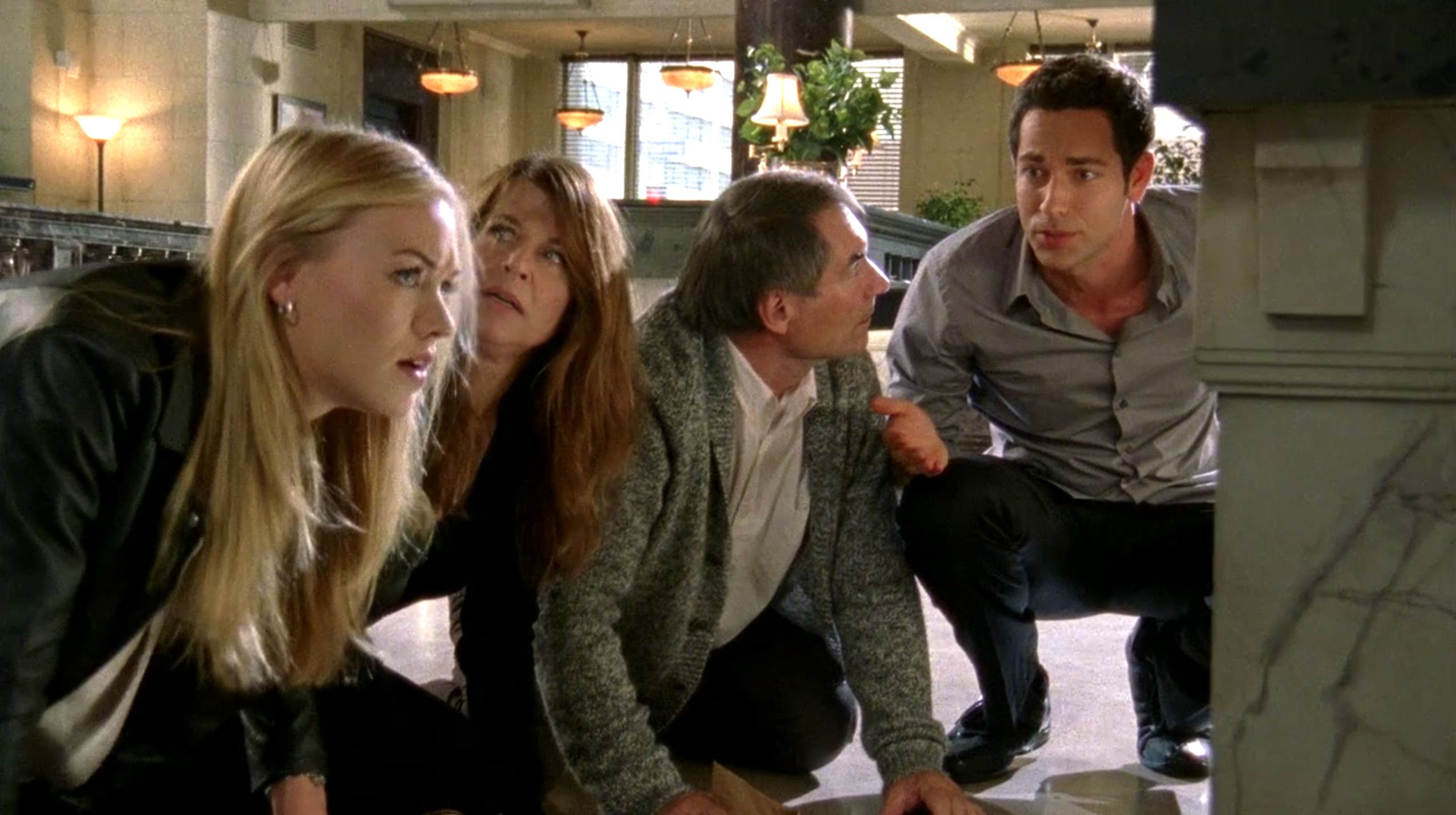 The seventh episode of Chuck season 4, First Fight (aka Sarah vs Sam) is actually Chuck and Sarah’s second fight and a one-episode reversal of their S3E1-13 first fight. In 4.07, Sarah scolds Chuck for setting a precedent by telling everybody what he’s thinking or feeling before telling her. But he didn’t set the precedent. She did, in season 3.

4.07 Sarah says to Chuck, “You’ve only just met him (Tuttle) and he knows everything about us. How do you know that you can trust him?” Yet, that’s what S3 Sarah did with Shaw.

In truth, Chuck does point out to Sarah during their first (second) fight that she trusts only those who Beckman tells her to (an allusion to Shaw?), to which Sarah replies that his comment isn’t fair. And, in a sense, she’s right. Their 4.07 situation is not exactly the same they had in season 3 since they are now a couple united by common goals, whereas in season 3, they were two people separated by different goals and fears until they finally learned their priorities and came together.

But this first (second) fight sure is the better way to solve their conflict.

In truth, Chuck does point out to Sarah during their first (second) fight that she trusts only those who Beckman tells her to (an allusion to Shaw?), to which Sarah replies that his comment isn’t fair

Chuck has a petty immature streak at times. For instance, in the Wookie, he needles Sarah when they’re about to enter the house to look for the diamond, he says “So, if this was you and Bryce, Sarah, you’d be breaking into the bedroom”. His immaturity at times is annoyingly childish. We get it Chuck, she lied to you and it bothers you. Leave the quips to Casey. Casey knows how to give them without making it about him.

There are multiple instances like that. He pulls it on Jill in the restaurant too. That flaw and how much he lies starting in season 3 and continues through most of season 4 is annoying to me. What he does to his father (the lies), is pretty repulsive and each time he’s caught, he doubles down on the lies. I’m actually surprised Sarah, who you can tell is bothered by his lying, doesn’t take an even stronger stance.

For all of his great qualities, those two flaws damage relationships with people he’s supposed to love.

I can almost understand Chuck’s reaction in Wookiee since it’s early in the series (Chuck is still immature) and concerns Bryce, a hot topic for Chuck at the time, and exposes Sarah’s lie. But his immaturity in the later seasons does indeed get annoying to watch.

I don’t think the comment exposes anything but his immaturity. The lie was already exposed. Sarah and Bryce had a real relationship. Chuck was suggesting something seedy about it as if they went on missions looking for places to have sex. All you’re doing there is showing your insecurities by suggesting something sordid was going on. He was distilling their relationship down to cheap sex. He would repeat this pattern at various times with his romantic relationships.

His behavior there also gives Sarah a built-in excuse for not telling him. He couldn’t deal with Bryce at that point.

Sarah also said something very key when she confronted Carina about it. Sarah said “you compromised my cover” and it did. Not just because of Chuck but in general. Remember, it’s Carina who said “a spy doesn’t want you to know anything about them that’s real” and Carina exposed something real about Sarah. If Sarah didn’t want anyone to know anything about her, why would keeping her relationship with Bryce private be any more deceptive than her fake name? Imagine Fulcrum figured out Bryce was alive (after he came back from the dead and disappeared again) and Sarah was his ex-lover. Wouldn’t leveraging that information be useful to them? Remember Beckman’s warning to them about mixing personal and private when they returned from Paris?

It’s not like Chuck was asking her what her favorite color is.