3.13 Chuck Versus the Other Guy 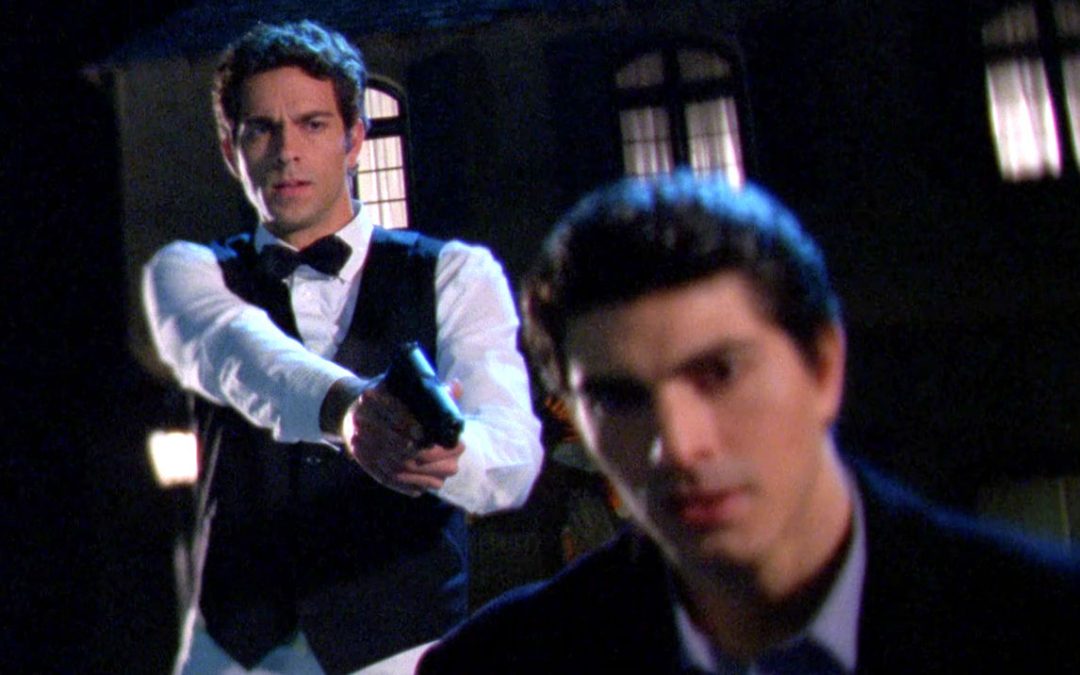 Sarah: You saved me!

Shaw is out for revenge on Sarah and the CIA for the execution of his wife Eve. Chuck thinks Shaw is about to kill Sarah in a warehouse and calls half the U.S. army to rescue her, drawing the ire of general Beckman, who sidelines Chuck and sends Shaw and Sarah on a mission to Paris in order to retrieve info on the Ring. Chuck finds out it’s a con by Shaw who defected for the Ring and wants to murder Sarah in the same place where she killed Eve. Chuck must rush to save Sarah once more.

Romantic Reversal. In a scene that is the mirror of Chuck’s love declaration in the previous episode, Sarah tells Chuck she loves him and always has. By retaining his innocence while becoming a spy, he’s remained “her Chuck,” the synthesis of what she loves about the ordinary world and the special world, and has made possible what she thought impossible—spies can fall in love. 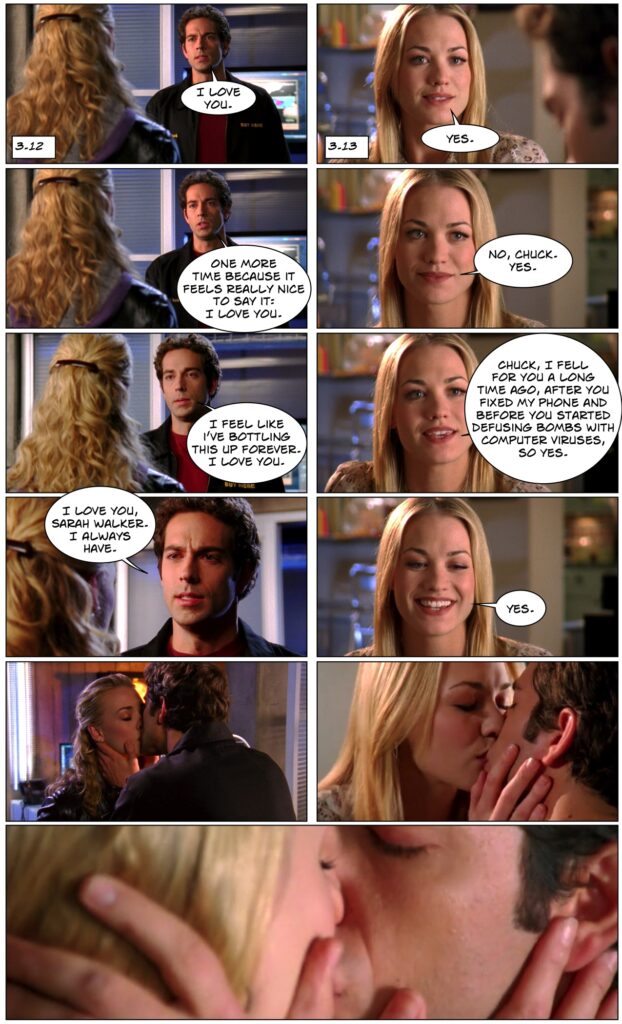 The cafe and bridge scenes in Paris are a symbolic representation of the life Sarah would have lived with Shaw (had she not killed his wife and had she chosen him over Chuck): emotionless, inexpressive, paralyzing. He would have dragged her down emotionally with him as he was about to do physically on that bridge.

But Chuck saves Sarah in the warehouse first and he’ll save her later in Paris. As Sarah says, “you saved me” to Chuck, in a reversal from her “I’ll save you later” to Chuck in 1.13, she gives him the same adoring look Hannah gave him at the end of 3.07 Mask when she said, “you saved my life.” Now that he’s completed his hero’s journey, Chuck can finally bask in the full adoration and respect of the woman he loves.

In how many ways does Chuck save Sarah?

The “Shut up and kiss me” final scene is not only a nod to many James Bond movie endings but also to the final scene of the 1987 movie Who’s That Girl.

And Shaw betrays Sarah’s trust, just as Sarah almost betrayed Chuck’s trust at the end of 2.20 First Kill. Once again, Sarah is walking in Chuck’s shoes.

In 2.03 Break-Up, Chuck mentioned they could never be really together because he was a normal guy while she was a super spy quelling revolutions with a fork. They did not share the same ontological plane of existence. Now, Chuck has walked in Sarah’s spy shoes and has quelled a (Ring) revolution with a fork. They are now equals and ready to be together.

Love vs Duty. Sarah says that, after this one last mission, it’s all going to happen between her and Chuck. Mirror situation with 2.22 Ring, where Sarah initially chose duty (spy assignment with Bryce) over love (vacation with Chuck). Here Chuck ups the ante (from a vacation to a life together) and Sarah chooses love after one final mission (duty).

Back then, Chuck may not have fully understood what Sarah meant when she had to execute Mauser, but he sure does now.

Hero’s Journey. Return with the elixir. It’s not the Intersect or outside help (the much appreciated tank) that ultimately saves Sarah but Chuck. The Intersect fails to locate Shaw and Sarah in Paris, fails to protect Sarah at the café, does not kick in during the shooting on the Bridge, and there’s no tank in sight. It’s all Chuck. 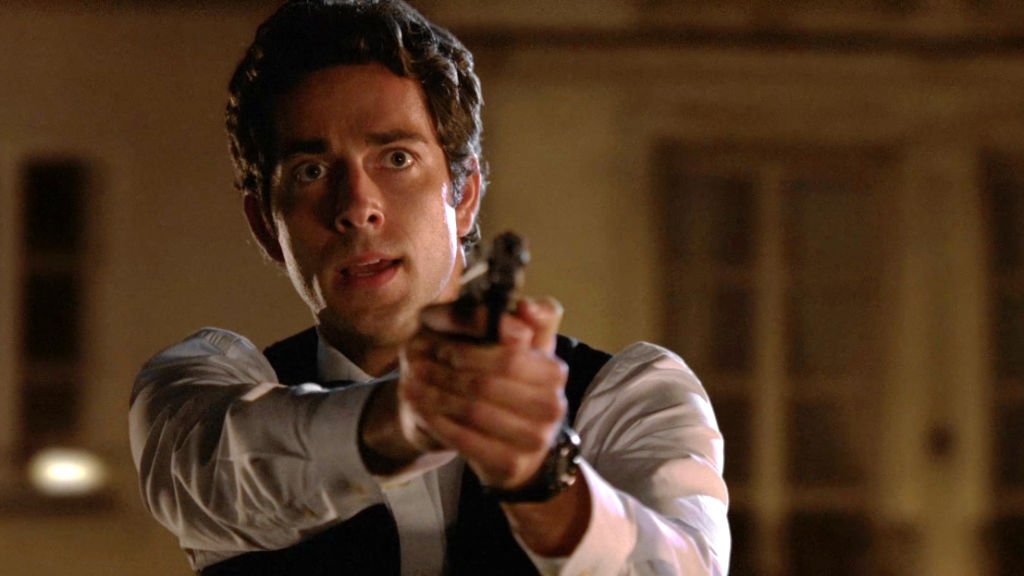