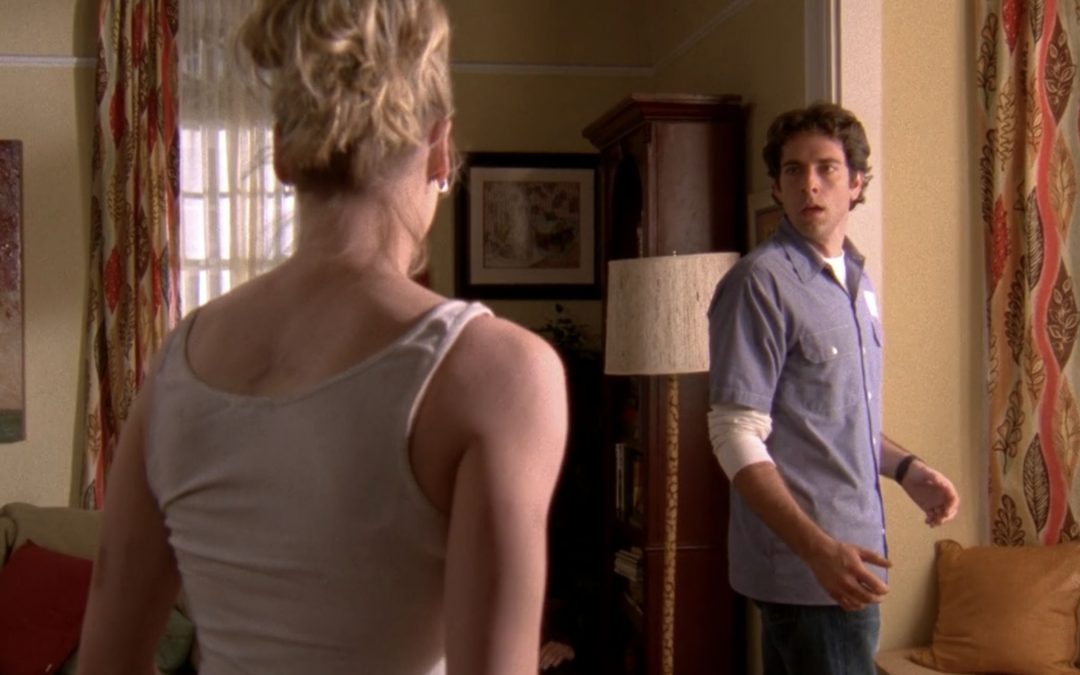 Some viewers don’t like the Laudanol scene in 3.10 Tic Tac because it seems to contradict Chuck’s assurance to Sarah earlier in the episode that he “will always be that guy.” I think the Laudanol scene was there precisely to remind Chuck of that message and to give Chuck and Sarah a definitive answer to their earlier conversation in Castle, when Sarah had warned Chuck that Laudanol would make him unable to feel anything and he replied that he would be able to work, perfectly.

Well, the laudanol scene showed both of them what “working perfectly” meant. The way Chuck looked at Sarah and then at his hands at the end of that scene put to rest for good any lingering doubt in Chuck’s mind that Laudanol would make him a better spy and confirmed Sarah’s fear that it would turn him into a cold-school killer. It was not by accident that what she witnessed with Chuck was a mirror of what she had just witnessed with Casey and Keller. It was also cool that Sarah’s words and presence were able to bring Chuck back to himself.