3.09 Chuck Versus the Beard 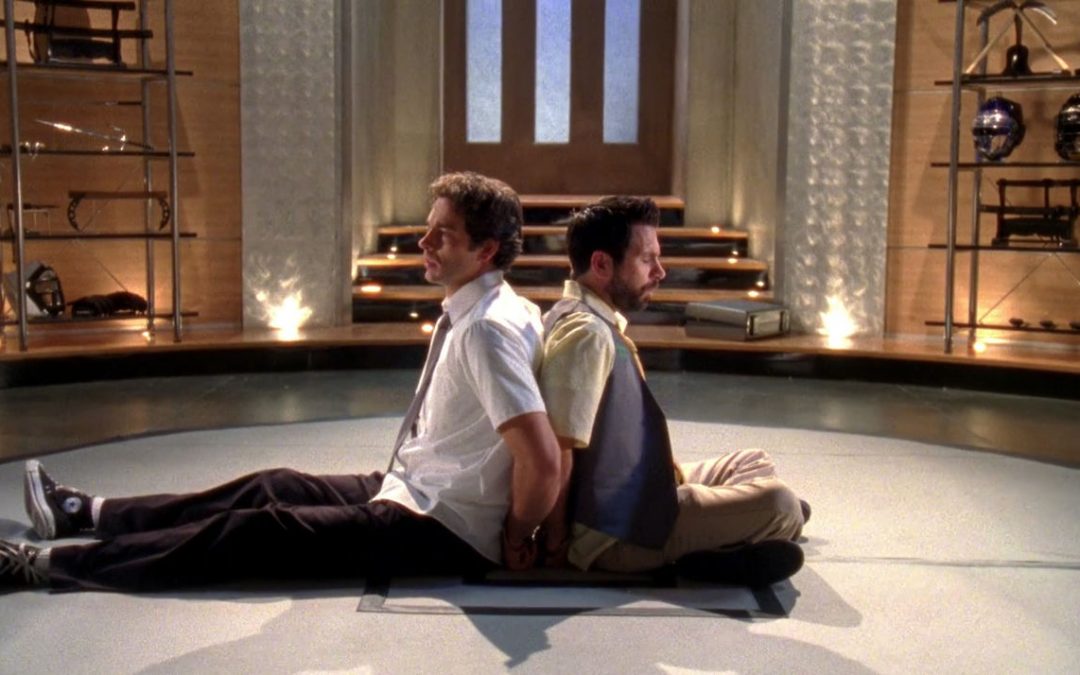 Morgan: My best friend is a spy?! This is the best news I’ve ever heard! Chuck, you are officially rehired as my best friend.

Chuck’s life is hitting rock bottom now that Morgan fires him as his best friend. While the rest of Team Bartowski is gone without him, Chuck finds himself in trouble when Ring agents infiltrate the Buy More posing as buyers and take control of Castle. Morgan finds out Chuck’s big secret.

Romantic Reversal. Chuck still denies his feelings for Sarah but Morgan makes him realize he’s fooling himself. (This is why we love the little bearded man, right?) Chuck has his epiphany and, just like Sarah after 2.16 Lethal Weapon, he stops fighting his feelings and admits, “I do love Sarah. I kept telling myself that I didn’t, I wouldn’t, I couldn’t but I do!” This is when he stops lying to himself about his feelings for Sarah, and this admission frees him from his burden and makes him flash again. He loves Sarah but, like her in S2, he doesn’t quite know what to do about it just yet. 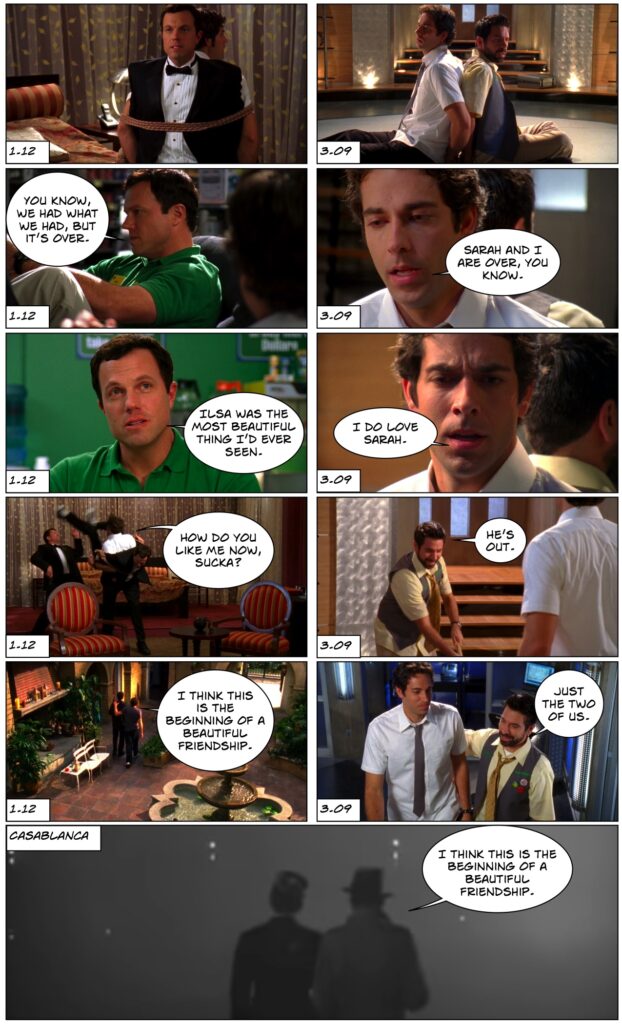 Love vs Duty. Chuck admits to himself his duty can’t override his love for Sarah.

Feelings as a liability. As soon as Chuck openly admits his feelings for Sarah, he can flash again. He’s not a machine. Ok, he is a machine but he’s also a person.

Hero’s Journey. Reward: Did you think Chuck had reached rock bottom? Wait until he gets fired by Morgan as his best friend. Now Chuck is completely alone (he’s alienated Sarah, Ellie, Devon, and now Morgan) but starts on his path of redemption and is rewarded with Morgan’s friendship, with a functioning Intersect, and with acceptance of his feelings for Sarah. This is the Gonna fly now moment of the hero’s journey.