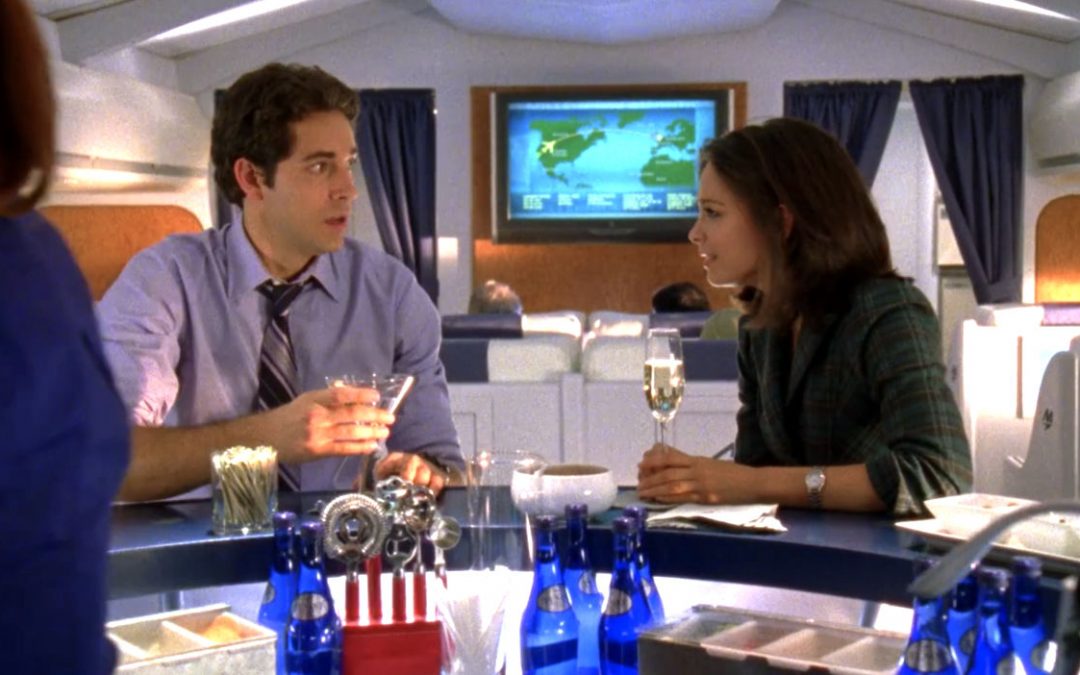 Chuck crosses the threshold and is assigned his first solo mission and Paris international op by Shaw. Chuck meets IT professional Hannah and is set to enjoy a a relaxing flight when he flashes on Ring agent Hugo Panzer and discovers his mission is actually on the plane, which sets off a heated exchange between Shaw and Sarah about Chuck’s safety and her role in it. Meanwhile, back at the Buy More, Lester continues his rebellion against Morgan, which forces the latter to enlist Casey’s help in order to quell the Buy More mutiny.

Romantic Reversal. Chuck meets Hannah. She’s a well-adjusted female Chuck. She reads the normal half of Chuck’s real life well but is in the dark about the spy half of Chuck’s life. Shaw reads the spy half of Sarah’s real life well since he’s also lost a loved one to the spy life but considers the normal half of a real life a weakness, and uses Chuck’s mission to show Sarah that she needs to let go of her protectiveness of Chuck if he’s to survive and grow as a spy. Shaw shows Sarah that it’s not Chuck who’s not ready for his mission but her; instead of pushing her asset, she coddles him. By the end of the episode, Hannah bonds with normal-half Chuck and Shaw bonds with spy-half Sarah.

Spy Reversal. Over the next few episodes, Chuck will be Hannah’s handler (3.07 Chuck, “I can handle Hannah”) while Shaw has already begun to be Sarah’s handler. Just as S1-2 Chuck was open and transparent while Sarah was hidden and duplicitous, Hannah will be open and transparent while Chuck is hidden and duplicitous. Just as S1-2 Chuck was the passive and reluctant team member while Sarah was his experienced handler in control, Sarah will be the passive and reluctant team member while Shaw is her experienced handler in control.

Chuck always dreamed of going to Paris and seeing the Eiffel Tower but he can’t step out of the plane (the spy world) and be in Paris (the real world) with Hannah—a symbolic representation of their relationship. Chuck looking at the Eiffel Tower and Paris through the plane’s window is a symbolic reversal of 1.13 Marlin—just as Sarah was on the outside looking in, cut off from love and a real life, Chuck is now on the inside looking out, cut off from love and a real life. 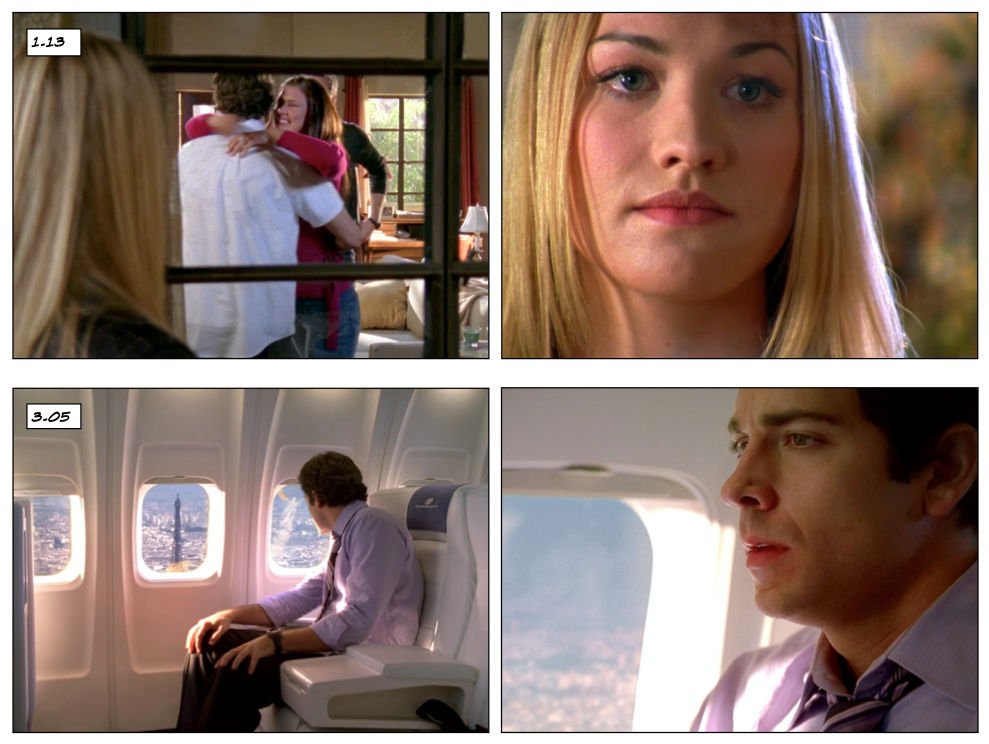 Chuck goes on his first solo mission. Sarah stays “in the van” (castle). Chuck’s signature girlish scream makes its last appearance (the hero is crossing the threshold). Sarah sees Chuck as not being ready for this mission and does not yet see Chuck as an equal in the spy world. Sarah helps Chuck as he crosses the threshold into the special world, just as Chuck helped Sarah in 2.04 Cougars when she crossed the threshold from the special world into the ordinary world (high-school reunion).

Feelings as a liability. Chuck must ignore his and Sarah’s feelings to cross the threshold into his first solo mish and Paris international op. Shaw tells Sarah they both made the same mistake by falling in love with spies, and he means it. (Carina and Forrest would be all over Shaw.)

Red Test. Chuck does not bring any lethal weapons on his solo mission.

Hero’s Journey. Crossing the threshold. Unlike Sarah and Casey, Shaw believes in Chuck and will propel him into his spy career. Encouraged by his new mentor, Chuck commits to his spy journey and crosses the threshold (his first solo mission) into the special (spy) world.