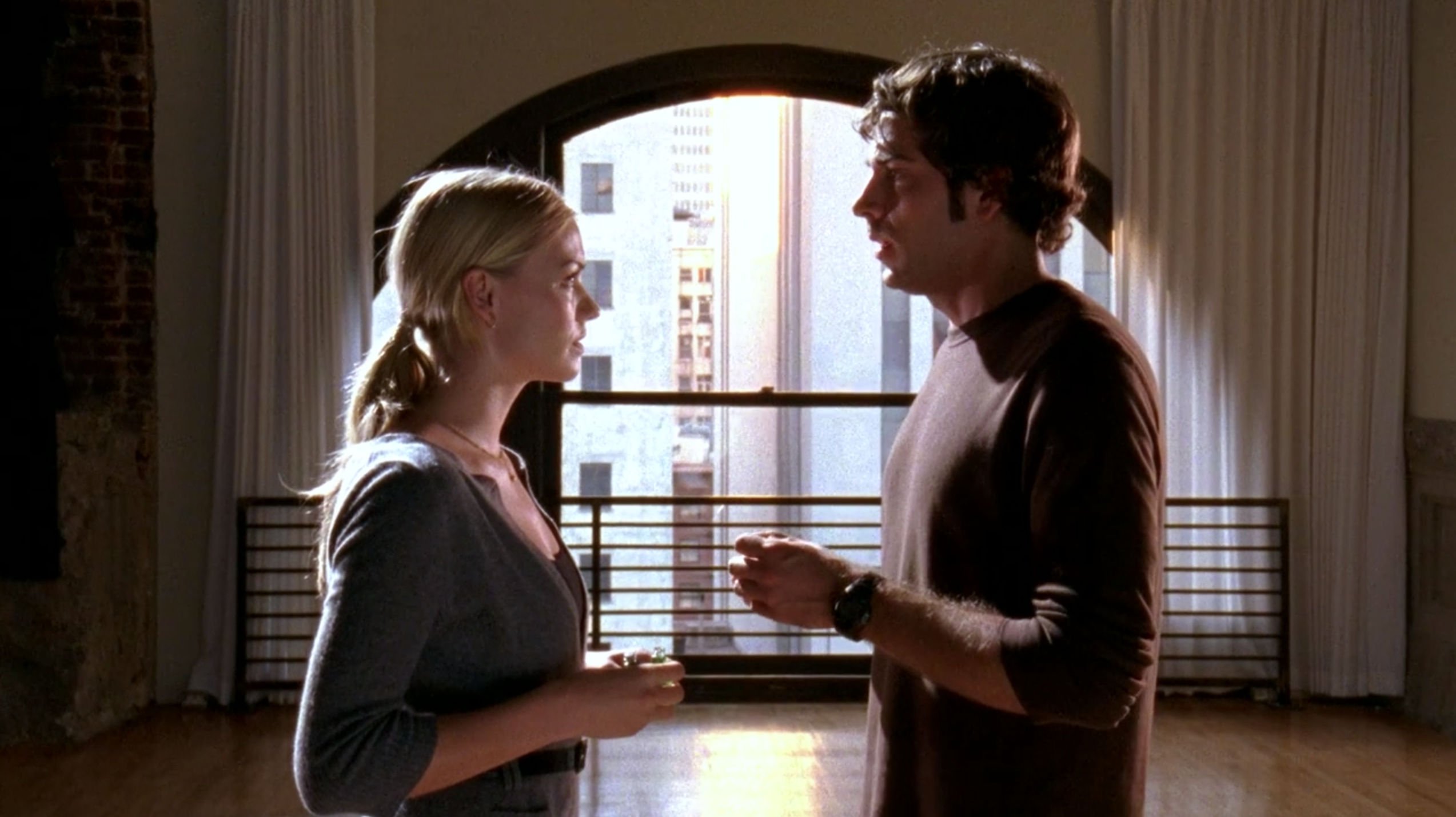 Did Sarah lie to Chuck in 1.08 Truth, when he asked her if their thing under the undercover thing was going anywhere, and she said, “Sorry, no.” We are supposed to think Sarah’s answer wasn’t the truth because of all the effort she put in resisting the effect of the truth serum but, from the way Chuck phrased the question, technically she didn’t lie—she really didn’t see a future for them. She didn’t for the first two seasons.

But both thought that she was going to leave once the Intersect mission was over because she was a super spy and he was just a normal guy.